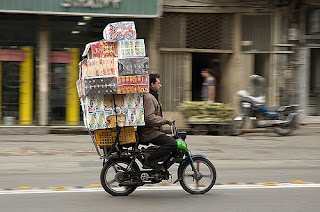 Need a tissue anyone?

Spending the majority of the last two weeks home with a sick toddler brought to mind a question raised by a Childhood 101 Facebook friend;

“When are your kids too sick to play with others. I’m sick of taking out healthy kids and bringing them home germ ridden.”

Personally, I don’t take Immy out to visit friends or to activities with other children if I believe she is coming down with something or if she is clearly unwell. For many common childhood illnesses, the child is contagious before the onset of major symptoms and that is why I tend to quarantine us as much as possible from the time I first think she may be coming down with something.

In my work as Director of a child care centre, we gave parents the following guidelines for excluding children who were likely to be sick from the group;

In particular parents are asked to support staff by excluding children suffering from;

We require that children are free from fever, vomiting and/or diarrhoea for at least 24 hours prior to returning to the Centre.

Children should not require Paracetamol in order to be well enough to participate in the Centre’s program of activities (oh, yes, there are parents who dose up their child and hope we won’t notice until almost four hours after they arrive that they are unwell!)

As well as excluding children who are exhibiting the signs and symptoms of illness, it is important that all children are taught those preventative behaviours which help to break the cycle of infection;

Now it is over to you, when are your kids too sick to play with others?

Inside: 50 spectacular space books for kids. Our collection of space books … END_OF_DOCUMENT_TOKEN_TO_BE_REPLACED