Here are our latest picks of the best books for kids! 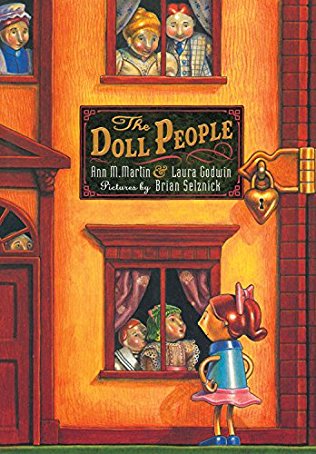 This is what Miss 9 had to say,

“I think The Doll People books are great adventure stories. The first book was about a family of dolls that are alive. There is a missing doll called Aunt Sarah and Tiffany and Annabel travel up into the attic and all over the house to try to find her. The big human house is like a different world full of dangers to the dolls – like the cat or the people seeing them. Altogether I give The Doll People a 9 out of 10.”

This is what the publisher shares,

Passed down from one generation to the next, the Doll family has lived in the same dollhouse, located in the same room of the Palmer family’s house, for 100 years. While the world outside has changed, their own lives have not – with two significant exceptions. First, Auntie Sarah Doll suddenly and mysteriously disappeared 45 years ago, when the Doll family belonged to Kate Palmer’s grandmother. More recently, the modern, plastic Funcraft family has moved into Kate’s little sister’s room. Following the time-honored traditions of such well-loved works as Rumer Godden’s The Doll’s House, The Mennyms by Sylvia Waugh and Pam Conrad’s and Richard Egielski’s The Tub People, Martin and Godwin inventively spin out their own variation on the perennially popular theme of toys who secretly come to life. By focusing on Annabelle’s and Tiffany Funcraft’s risky mission to find Auntie Sarah, the authors provide plenty of action and suspense, yet it is their skillfully crafted details about the dolls’ personalities and daily routines that prove most memorable.

There are currently four books in the series; 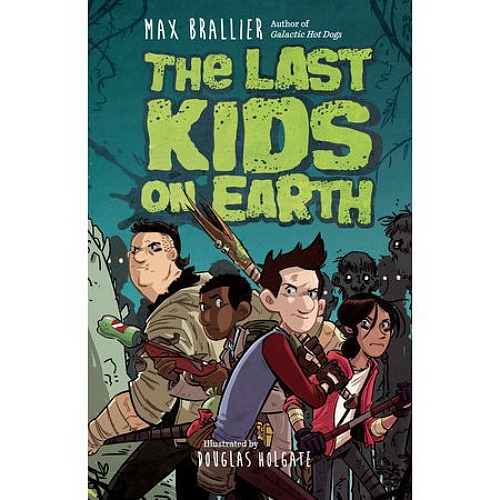 Available here from Amazon or The Book Depository

This is what my Miss 9 had to say,

“The book, The Last Kids On Earth, was a great book. I loved the adventure! It was really cool that they slide monsters and had their own treehouse with lots of cannons and weapons and a zipline. I loved how the author created the monster Blurg. Blurg was a huge monster and he had a scar on his forehead. I loved how the kids – Quint Baker, June, Dirk and Jack – worked together to stop the monsters and zombies .I think the author was really creative. And I love that there were not just boys who were the heroes. I give the book a 9 out of 10 and I recommend it for children aged 8 to 12. Can’t wait to read the next one!”

This is what the publisher shares,

“Ever since the monster apocalypse hit town, average thirteen year old Jack Sullivan has been living in his tree house, which he’s armed to the teeth with catapults and a moat, not to mention video games and an endless supply of Oreos and Mountain Dew scavenged from abandoned stores. But Jack alone is no match for the hordes of Zombies and Winged Wretches and Vine Thingies, and especially not for the eerily intelligent monster known only as Blarg. So Jack builds a team: his dorky best friend, Quint; the reformed middle school bully, Dirk; Jack’s loyal pet monster, Rover; and Jack’s crush, June. With their help, Jack is going to slay Blarg, achieve the ultimate Feat of Apocalyptic Success, and be average no longer! Can he do it?

Told in a mixture of text and black-and-white illustration, this is the perfect book for any kid who’s ever dreamed of starring in his or her own comic book or video game. And then grab the sequel, The Last Kids on Earth and the Zombie Parade, now a New York Times bestseller!”

There are currently three books in the series;

Inside: 50 spectacular space books for kids. Our collection of space books … END_OF_DOCUMENT_TOKEN_TO_BE_REPLACED