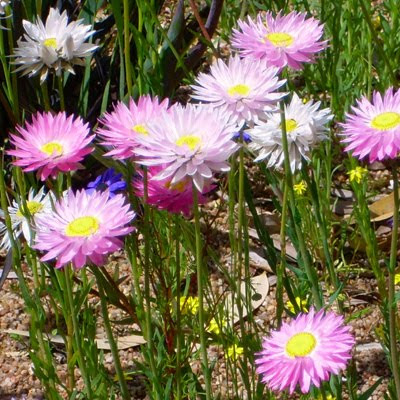 Spring has truly sprung in Perth!

The days are more regularly blue and sunny, warm enough to wear a t-shirt in the daytime. The birds are singing, the magpies swooping and the butterflies copulating on my tomato plants (though, they are probably not butterflies but cabbage moths who are planning to lay hideous amounts of eggs which will sprout forth hundreds of tiny, green, wriggling caterpillars to wreak havoc on my struggling-to-survive vegetables).

At the moment, I sit outside and type on the laptop as Immy cooks dinner for her dolly and me in the sandpit. I wonder how many sand cakes have been presented to siblings, parents, friends? How many times, “Happy Birthday to You,” has been sung as twig candles are blown out? The simplicity of a young child at play. Playing the same game that I did as a child. The simple cooking in the sand play of generations. 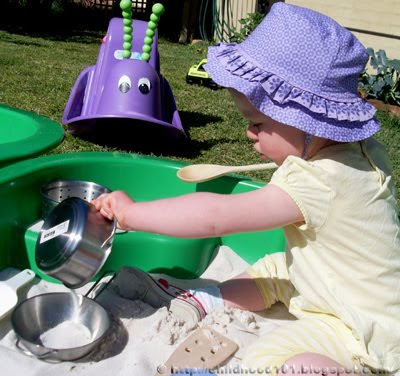 I was recently reading a post at Playborhood.com entitled, ‘Should Adults Help Kids Play?’ I was particularly interested in the following snippets;

“When I was a kid, we didn’t need any adults around to play. In fact, if any adults showed up, our play slowed down. We became self-conscious, wondering if we would get yelled at for things like making too much physical contact or almost breaking a window. Adults inhibited our play, rather than encouraging it.”

“Well, the fact is that very, very few children play freely these days. On the rare occasions when children find themselves outside with some time and nothing to do, most of them seem lost, out of place. Sadly, most children in America and other Western countries don’t know how to play. Strange as it may seem, the ability to play freely for hours is a skill that needs to be learned.

So, if play is a skill, not an instinct as many of us have always had believed, how did earlier generations of kids learn it with no adults around? Children back then were raised in neighborhoods that had a culture of large group play that was passed down from older children to younger children. Older kids would take leadership roles because they knew the rules of games and could articulate them. They were more emotionally mature, so they came to command respect for adjudicating disputes and making decisions about what we would play, where, and with whom. Finally, well, they were physically bigger and stronger, and would use intimidation to enforce their will if they had to.

Large group play was inherently mixed age because of the need for large numbers of children. When the oldest kids got too old for these large group activities, usually around the puberty years, younger tweens who were next in line would rise to leadership roles. In this way, a neighborhood’s culture of play was passed on from generation to generation of kids.

Most neighborhoods today have no culture of children’s play. They are wastelands. There are virtually no kids playing at all. When kids do play in neighborhoods, they play in small numbers, usually two (i.e. one-on-one play).”

This reminded me of play in my neighbourhood when I was growing up – riding our bikes around the cul de sac with the children from houses up and down the street, holiday adventures with cousins and other vacationing children, both older and younger, with more freedom to roam. It is true, we learnt to play from those we played with, the gangs of children who gathered to share fun and adventures.

We are fortunate to have a ‘gang’ that Immy gets to play with, though not often as we all lead busy lives and live at opposite ends of the Perth metro area. We also attend a playgroup where the children range in age from 1-4 years of age. This is the closest we currently come to this idea of large, multi-aged group play. I have however set myself the challenge of being mindful of the need for Immy to enjoy…

groups of children to play with,

space to play and explore…

What are your thoughts about children learning to play? Does it happen in groups or can an individual child learn to play without the intervention of other children or adults?

How do your children play? Do they have the opportunity to play freely with other children in groups of more than two? Of different ages? Do your children have a ‘neighborhood’ to play in?

Previous post: Toddler Travel: Did you pack the … ?
Next post: DIY Decorating with Kids: Felt Board Fireplace Screen

Inside: 21 best illustrated chapter books for 7-12 year olds. Looking for a … END_OF_DOCUMENT_TOKEN_TO_BE_REPLACED

Inside: These free printable make your own Christmas gift tags for kids make a … END_OF_DOCUMENT_TOKEN_TO_BE_REPLACED