A warm welcome today to Megan of Writing Out Loud who is sharing her response to the question, “What is your biggest parenting struggle?” 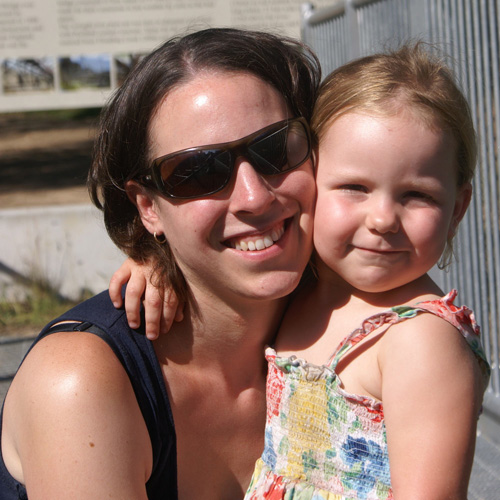 A few years ago, kids always appeared in the background when I imagined them, second to my mantra: I must never change. Life was to go on as normal. And, although that might sound a little heartless and selfish, I was simply trying to guard myself. I think I knew that if I let that guard down, I’d have to face some scary things.

I still remember the conversation with my boss at the time, when I told her I’d be back from maternity leave within a few months. She suggested I take the full year, but I laughed, ‘That’s an enormously long time to be sitting around the house!’

Things changed. During the first year of my daughter’s life, I felt entitled to be home. It was, after all, a well accepted amount of time to be with one’s child; it’s even legislated as a right. The second year, however, was the toughest of my life. By that time I had realised that I couldn’t do it ‘all’, that I couldn’t be the person I’d always envisaged. And the fall from that was, as I’d feared, rather scary.

I cried every day that year. I just couldn’t escape the feeling of being trapped, of having given up everything, and having no option to change things. I was jealous of my husband, who was able to walk out the door each morning with a sense of purpose, leaving me playing with a toddler and dealing with tantrums.

It took me a long time to shake off that feeling and come to terms with the choices I’d made. It also took me a long time to realise that I had a problem with other people’s perceptions of me. People had always seen me, I believe, as intelligent and successful, determined and gutsy. And although no one has ever indicated anything different to me, I saw their eyes telling me I was now worthless. Just another mum in a playground.

But what I saw in their eyes wasn’t actually their judgement – it was my own, staring back at me. Looking back, that was exactly what I thought of stay-at-home mums myself. Although I had many friends who were at home with their kids, I never wanted to be like them. Imagine giving up everything that made you, you… No way.

And yet, three and a half years later, here I am. Still ‘sitting around the house’. And loving it – but getting to that point, accepting myself as a full-time parent, has been my biggest struggle.

It’s taken all this time to realise that I do exist beyond the walls of an office, that my life has meaning even without a large salary. I know now that I haven’t changed completely: I’m still that intelligent, successful, gutsy woman. After all, I jumped into the realms of some big fears and came out better for it.

What comes first now is the life I want for my daughter (and the next one, currently growing inside me) and the type of parent I want to be. Everything else falls into place around that.

And it’s no longer a struggle. 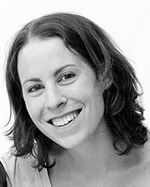 What is your biggest parenting struggle?

Megan Blandford is mum to a gorgeous and hilarious daughter, and a freelance writer. In between, she likes to travel at any given opportunity, and also writes a personal blog, Writing Out Loud. Megan lives in the hills on the outskirts of Melbourne with her husband, daughter and a crazy labrador.

Inside: This free, printable The Color Monster Emotions Activity is a fabulous … END_OF_DOCUMENT_TOKEN_TO_BE_REPLACED