Today’s fabulous Mum in the hotseat, Sarah of That Space In Between, answers the tricky question, “What is the best mistake you’ve ever made?”

I didn’t realise, before I became a mum that there was so much that you could stuff up. From the moment you stumble through the door after leaving the hospital you can guarantee that most things, on most days can be questioned, dissected and explored. Mistakes are to parenting, like moths are to flames. They stick, even when you don’t want them to. So when Christie asked me what as the best mistake I ever made it made me stop, there were so many to choose from but only one stood out as the winner.

The mistake was something that happened almost 15 years ago. It was late in the evening in the basement of a seedy bar a few months after my 21st birthday. I was playing pool and an irritating guy was hassling me about the purple flares I had chosen to wear that night (with a maroon t-shirt…not quite sure what that was about). After giving him the death stare for the tenth time a youngish looking guy with a British accent stepped in and asked the guy to move on, he said he was my husband…winking at me at the same time. The guy moved on and the Brit stayed. We chatted, we flirted and he told me stories of his travels. He was a fair bit older than me; he had picked rock melons in Israel, thatched cottages in Holland and eaten a scorpion in Thailand. I listened. I liked. I was in my final week of a 4-year university degree and I hadn’t gone anywhere further than the central coast of NSW with a bunch of girlfriends. He seemed pretty cool to me. He seemed pretty international.

He rang the next night and the night after that and he took me to a little restaurant that served angel hair pasta and we laughed and we danced and talked about the cool places we’d go.

He moved in 2 weeks later. Like they all do. He moved into a share house that I had been for a while, it had bikes permanently parked in the hallway, a guy that lived in the loft had a cat who had kittens that had free rein of the house, they used to jump out of the cupboards and scare the beejesus out of you when you’d cook ramen noodles or tuna surprise. It cost $58 a week. It smelt.

I was talking to a friend the other night; about the joy of parenting children post divorce. About the challenges of explaining to ex-partners what the needs of their kids are, how to talk to them, how to ask questions that a 6 year old would be delighted to answer. We lamented at the crap decisions we had made at 21, how those warning signs soon after the novelty of life in share houses wore off, where once quirky English backpackers soon became irritating men that couldn’t hold down a job. Where months stretched out to years and you found yourself almost 30 and still living with a man that hadn’t yet grown up. The end was quick. The end was a relief.

Playing pool that night was the best mistake I ever made. It set off a chain of events that led me to the birth of my girl. It paved the pathway to meeting my soul mate just after I turned 30 and it provided me with the most beautiful baby boy who winks when you call his name (and lovingly throws trains at my head). 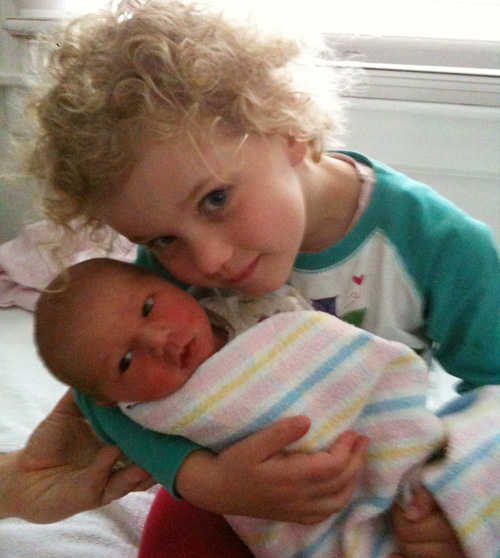 Best mistake I ever made, without a doubt.

What is the best mistake you’ve ever made?

Sarah Wayland has been working as a Social Worker in the missing persons field since 2003 and after years of sharing stories with the media she now writes about life and loss and the spaces in between. Sarah is currently a part-time stay-at-home mum, part-time public servant and part-time postgraduate student in the field of hope and loss at the University of New England. She blogs at thatspaceinbetween.com.

Inside: 50 spectacular space books for kids. Our collection of space books … END_OF_DOCUMENT_TOKEN_TO_BE_REPLACED