This post is by Carrie George of A Little Learning For Two.

Recently I overhauled our girl’s play area which we also use as a therapy room for their occupational and speech therapy exercises. I try to keep their space organised and not too overwhelming, but also fun and vibrant.

When it came to finding a sturdy, economical rug for the area my options were a bit limited. I found plenty of rugs with nice, colourful patterns and others that were hard wearing, but none that had both within our price range.

Eventually I found a great woven rug from Kmart which was only $29. It had a dark brown, fabric border which didn’t really suit the room so I experimented by taping it off with painters tape and painting it white. Not only did this solution work well but it also wore well, and it gave me an idea of how we could brighten the rug up and make it a bit more personal – we could paint the whole thing! 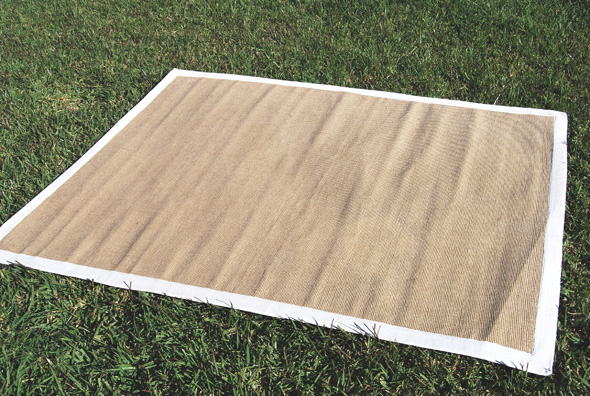 To paint our rug we used acrylic paints from our local dollar shop. The girls had a lot of fun choosing the colours they wanted to use and chatting about what they wanted to paint. 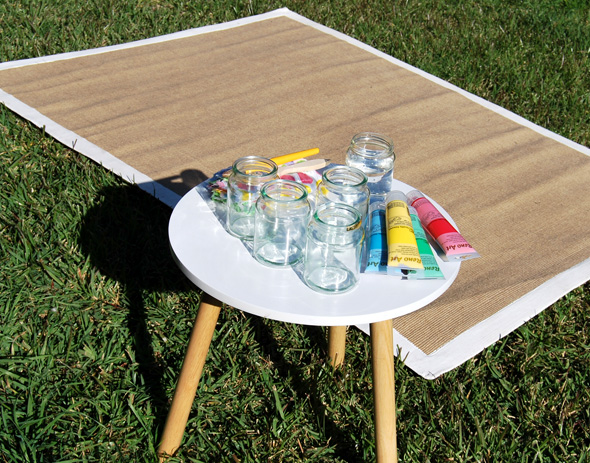 I set the rug out on our back lawn and set up a table with our paints, some brushes, a jar of water and some rags for cleaning their brushes between colours. 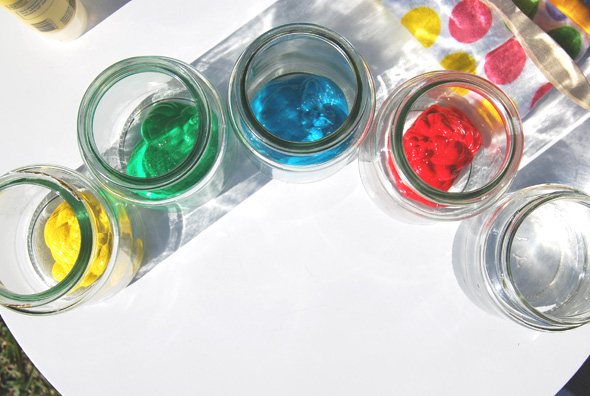 The girls squeezed the paints into jars so they could carry them around with them while they worked. We use old coffee jars for our paints since the lids seal well if we need to store any leftovers later.

I suggested we paint something they could use during their play, like a fairy garden or a beach scene, but they weren’t won over by those ideas.
Instead they decided they wanted to paint people, so I got them to pose with the sun behind them and traced their shadows onto the rug using a permanent marker. 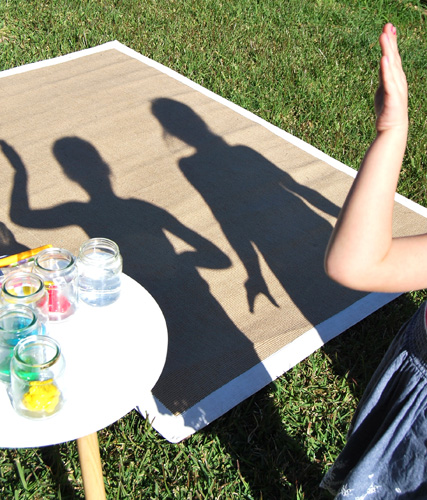 This part had to be done very quickly, especially with my very wiggly 5 year old! 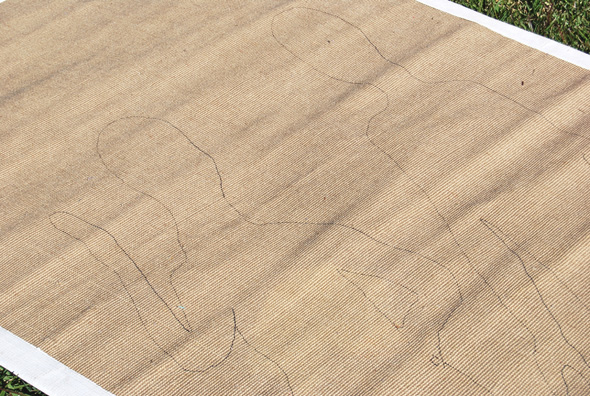 Once we had our outlines drawn onto the rug the girls got to work painting. 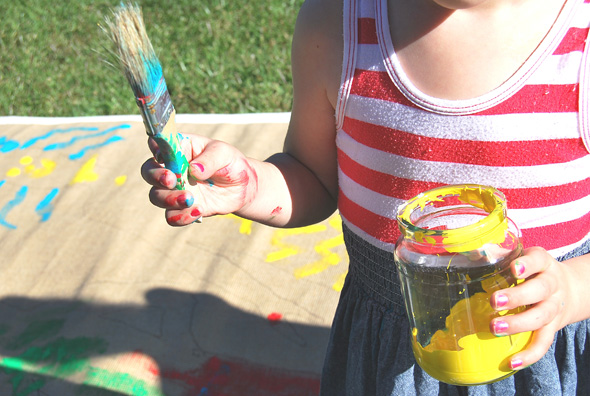 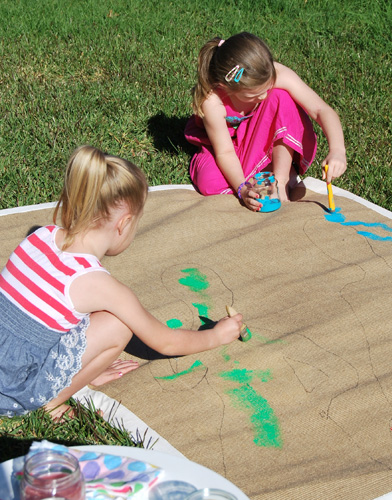 There was lots of patterns and mixing of colours going on, the girls really enjoyed creating their own permanent masterpiece for their playroom. 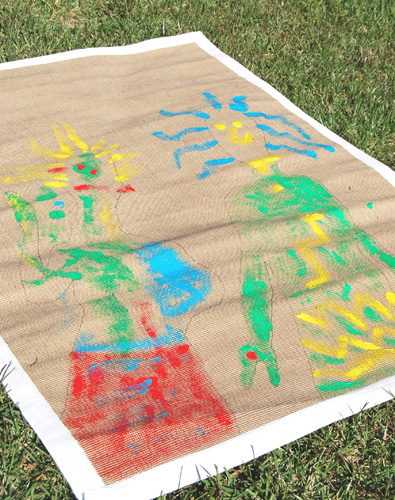 The end result was very bright and very busy, perfect for our play space! I love that we have personalised their space with something that adds colour, is functional and is also special to both of the girls.

Would you be brave enough to let your children paint their own rug?

Caz George is Mum to three girls. Their days are filled with creative ways to play and learn, and usually involve a whole lot of noise!

Inside: Our pick of the best YA dystopian books series for teens. If your … END_OF_DOCUMENT_TOKEN_TO_BE_REPLACED

Looking for a range of fun, high energy family games to play at your New Year's … END_OF_DOCUMENT_TOKEN_TO_BE_REPLACED