Each year I ask the Childhood 101 Facebook community for their Christmas movie suggestions and this year I decided to tally up the results to find the 15 best family Christmas movies, as voted by the kids and parents of our community.

This fun list of family friendly Christmas movies is listed as a countdown, with number 1 being the most popular of all. I love that it includes popular classics alongside newer releases, with both animated Christmas movies and live action films represented as well! 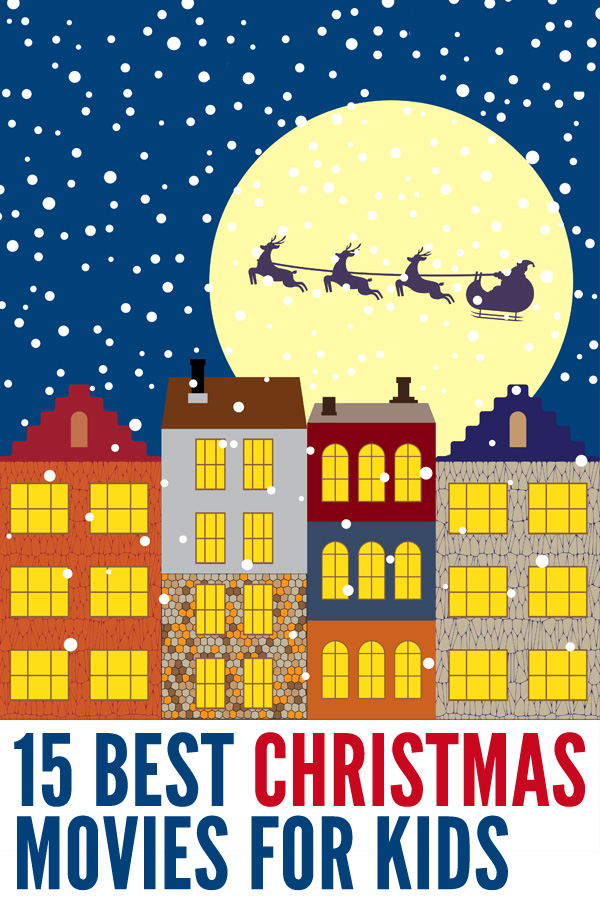 There are many on this list that are especially good choices for families with young children but I would suggest checking out the reviews on the Common Sense Media website for any titles that you are unfamiliar with. I really like the level of information they provide about each movie in their reviews, plus they give age recommendations from parents and children too. Each movie listed below is linked to an Amazon store page – these are affiliate links and I may earn a small commission from qualifying purchases.

14. Santa Claus is Coming to Town

: After being discovered by a family of elves, baby Kris is raised by the Kringles and grows up to become a toymaker. Wanting to share his toys with the children of Sombertown – a town where toys are banned, Kris must overcome the unkind Winter Warlock and ill-tempered Mayor, Burgermeister Meisterburger, to bring joy to the families of Sombertown.

: On Christmas, Annabelle the calf looks up at the sky and yearns to join the merry, jingling sleigh which passes overhead. If she could just, one day, join the elite ranks of Santa’s reindeer! A wonderful tale about a young boy and his loveable calf, Annabelle, and their extraordinary Christmas adventures.

: Six-year-old Susan Walker has doubts about childhood’s most enduring miracle – Santa Claus; but when Susan meets Kris Kringle, a department store Santa who believes he’s the genuine article, her beliefs about the existence of Santa are challenged and her astounding Christmas wish might just come true.

: The beautifully made, classic stop motion animation of the story of Rudolph, who becomes a hero when he guides Santa through the storm to deliver Christmas presents to the world.

: Santa Paws tells the story of how a dog named Paws and Santa become best friends, and together change the lives of a houseful of New York orphans. But when Santa and Paws are separated in New York how will they find each other again?

: In this wordless short film, a young boy wakes to find a thick blanket of snow covering the ground as far as his eye can see. Filled with excitement the boy decides that it is the perfect weather to build a snowman. Later that night, the snowman comes to life and together with the boy embarks on an extraordinary adventure to get the snowman home to the North Pole.

7. Mickey’s Once Upon a Christmas

: Mickey, Minnie and there friends gather to remember three magical Christmas moments from their past: Mickey and Minnie recall their journey to give up what was most important to each of them for the love of the other; Goofy and his son, Max, share a series of hilarious but holiday shaking events that only a visit from Santa could get them back into the holiday spirit; and finally, the time Donald’s nephews Huey, Dewey, and Louie wished it could be Christmas everyday – leading to a Christmas catastrophe that teaches them an important lesson about holiday spirit.

: An animated movie version of the Seuss classic story of  the Who’s of Who-ville who love Christmas and their neighbour, the Grinch, who most definately does NOT! When the Grinch tries to wipe out Christmas for the always cheerful Whos, he discovers that maybe Christmas doesn’t come from as store, instead maybe Christmas means a little bit more!

Special Mention: The live action How the Grinch Stole Christmas with Jim Carrey.

: A divorced dad must take over the job of Santa after he causes the real Santa to fall off his roof! But these are big boots to fill and Scott must not only get Santa’s deliveries done but also convince his family that he is indeed Santa.

: When his family are in a hurry to depart on their Christmas vacation they forget just one thing, eight-year-old Kevin McCallister! Whilst his family head off on vacation, Kevin embarks in a hilarious mission to defend his family’s home from two burglars who discover that this house is one not to be messed with!

: One Christmas a small, orphaned baby crawls into Santa’s bag and is unwittingly transported to the North Pole! Raised by elves, a now adult Buddy discovers that he is actually a human and decides to head to New York to find his father, spreading Christmas cheer in the process.

: How can Santa deliver billions of presents in one night? With an army of combat-style elves and high-tech, supersonic sleigh, of course! When Santa’s son, Arthur, discovers that a child’s gift has not been delivered he makes it his mission to deliver the present. Will Arthur, his retired Grand-Santa, a rebellious young elf and Santa’s original old, wooden sleigh be able to deliver the gift before sunrise?

: The enchanting holiday story of a young boy who does not believe Santa Claus is real. On On Christmas Eve the boy discovers a magical train outside his house and the conductor invites him onboard. He is whisked away on an extraordinary adventure of self discovery and along the way learns that for those who believe, the wonders of life never fade. 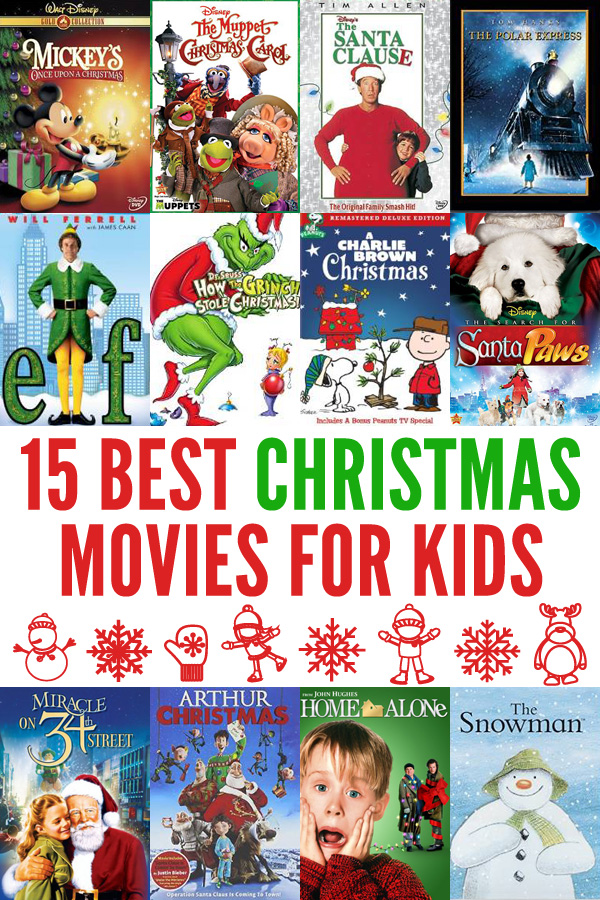 How many of these have you seen? What are your favourite family Christmas movies?

Inside: Our pick of the best YA dystopian books series for teens. If your … END_OF_DOCUMENT_TOKEN_TO_BE_REPLACED

Looking for a range of fun, high energy family games to play at your New Year's … END_OF_DOCUMENT_TOKEN_TO_BE_REPLACED