When Immy first brought home one of Tedd Arnold’s Fly Guy books from the school library, I honestly failed to see the appeal. But all it took was one book and she was hooked! 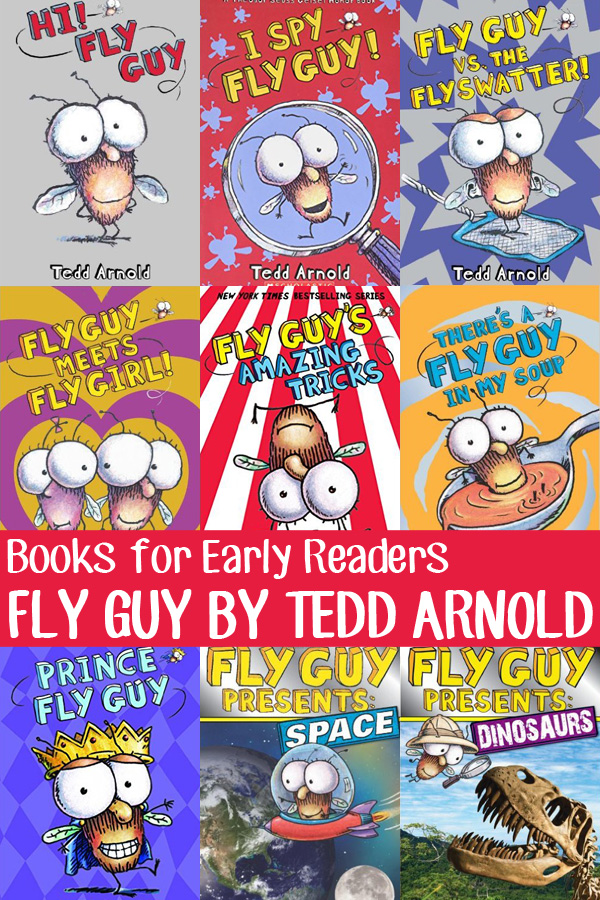 Th first in the series, Hi! Fly Guy, was published in 2005 and was awarded the ALA Theodor Seuss Geisel Award shortly thereafter. Today there are more than 20 books in the series, including six non-fiction books. 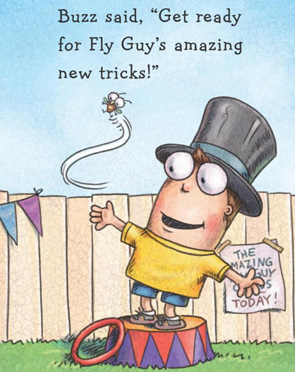 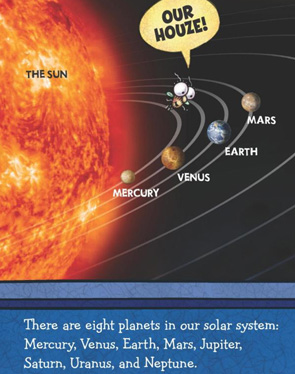 I can’t say exactly why this bug-eyed fly and his boy, Buzz, appeal to children, but they do!  Great for early or reluctant readers, the books include large, readable type, simple text and funny-to-kids, highly engaging story lines. They are structured as very basic chapter books with 32 pages in each book. As reading books, I would peg them as being best for children between six and eight years of age – but this will obviously depend on their reading ability. The text is more challenging than that of the Elephant & Piggie series. Obviously, as picture books to read aloud they can be used with children of all ages.

With their somewhat gross themes and cartoon-like illustrations, the Fly Guy series is sure to appeal to those children who don’t mind a little disgusting! At seven, Immy really enjoys them and they are a quick easy read for her, perfect for fluency and comprehension, and a real confidence booster (the following are Amazon affiliate links that will take you to the Amazon page for each book for further information).

There Was An Old Lady Who Swallowed Fly Guy

Fly Guy Vs. the Fly Swatter

There’s a Fly Guy in my Soup

Fly Guy and the Frankenfly

A Pet for Fly Guy

Do you have a child who loves coding? Hoping to encourage them to read more? Be … END_OF_DOCUMENT_TOKEN_TO_BE_REPLACED

Inside: Take multiplication learning beyond rote repetition with this printable … END_OF_DOCUMENT_TOKEN_TO_BE_REPLACED