This is a story of failure. Not massive, life destroying failure – just mildly disappointing ‘that didn’t turn out’ failure. I regularly write science posts for Childhood101 and (of course) I always test the experiments with my kids before I write about them. Sometimes those experiments don’t work… so I scrap them and try something else. Lately I’ve had many failures in the science department. But, as it turns out, sometimes failures are successes of a different sort.

Say for example the time we tried to make crystals from Epsom salts and boiling water. We managed to make a sludgy, thick, somewhat crystalline substance that the kids smeared across the table. Total dud!

Or when we tried to extract iron from crushed iron-enriched breakfast cereal. We ended up with a rather large bag of smashed cereal with only a tiny fragment of it attached to a magnet. Massively underwhelming! 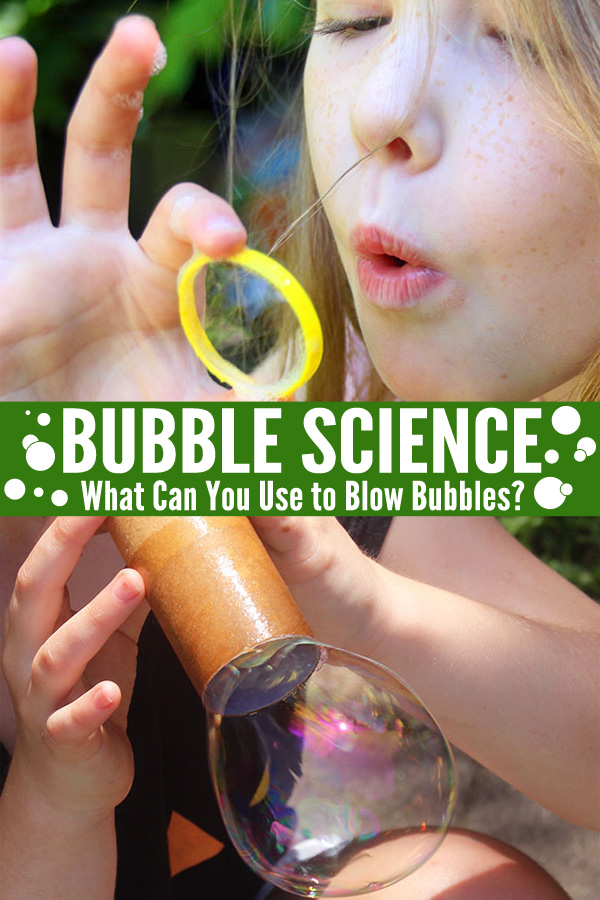 And then I thought I had a brilliant plan to make homemade bubble mixture. My first inkling that this idea wasn’t actually ‘brilliant’ was when the ingredients were more expensive than commercial bubble mixture. I pushed on and made the mixture following a recipe I found on the web.

We made bubble wands to go with our homemade bubble mixture. We tried pipe cleaners, because other people on the internet seem to be able to make bubble wands from pipe cleaners. Ours barely produced a bubble. We tried wire instead – this time we could blow a bubble, but it would pop immediately. Frustrating! Where was the stream of perfect little bubbles that would make the kids scream with excitement? 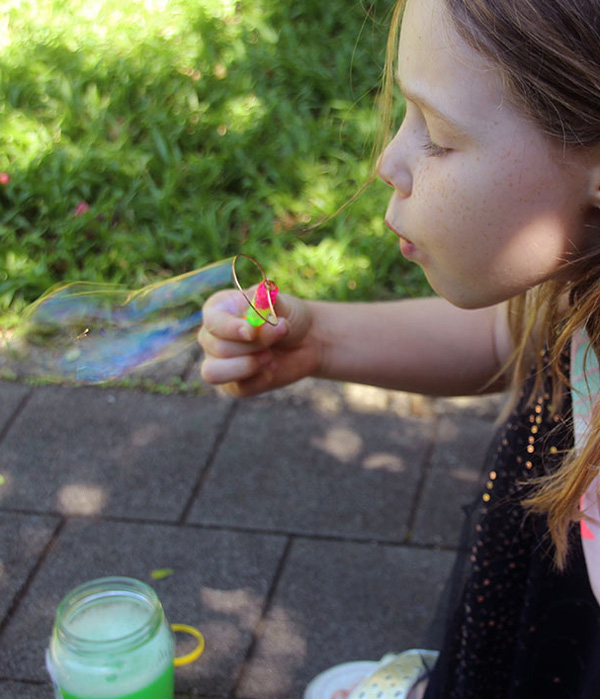 We were faced with a question – was it the bubble mixture that was bad or were the bubble wands bad? I first thought the bubble mixture was to blame. I went out and bought more expensive detergent and mixed up more and it made absolutely no difference…. it was still terrible at producing bubbles.

“It must be the homemade bubble wands that are at fault,” we thought. What can we use instead? And here’s where our experiment shifted.

We began a hunt in the house for anything that might be used as a defacto bubble wand. We collected a biscuit cutter, scissors, a key ring, milk bottle top rings and a toilet roll. And then we tested them. Lo and behold the milk bottle ring and the toilet roll make bubbles!!! 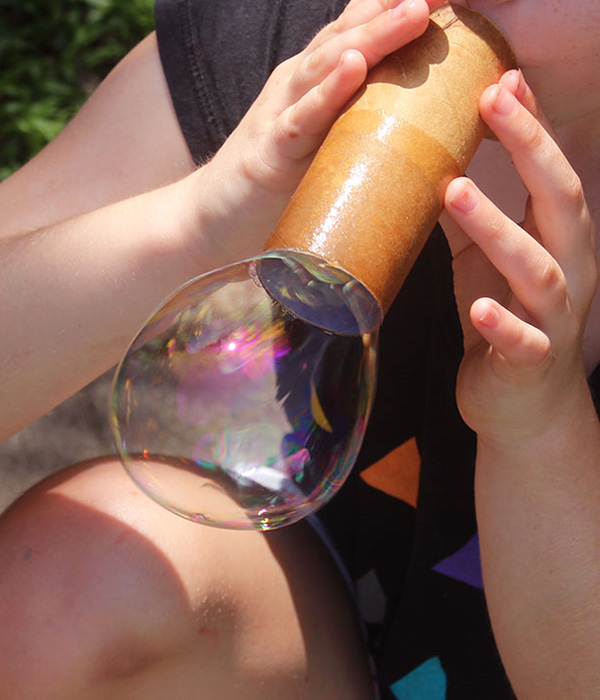 Interestingly, my children didn’t play with the commercial bubble mixture or proper bubble wand for long, spending way longer experimenting with  the “failed” materials instead. The following morning, without prompting, the children were back at the table experimenting again with collecting and testing found household objects as bubble blowers.

My conclusion is that making your own bubble mixture is a complete waste of time but experimenting with blowing bubbles with found household objects is fun and exciting. It encourages lateral thinking. And really, a little bit of failure never really hurt anyone. In fact it can help us be more inventive!

Don’t let me stop you from making your own bubble mixture!  If you want to try it here are some useful links:

And if you love blowing bubbles, be sure to try this fun Bubble Blower Painting 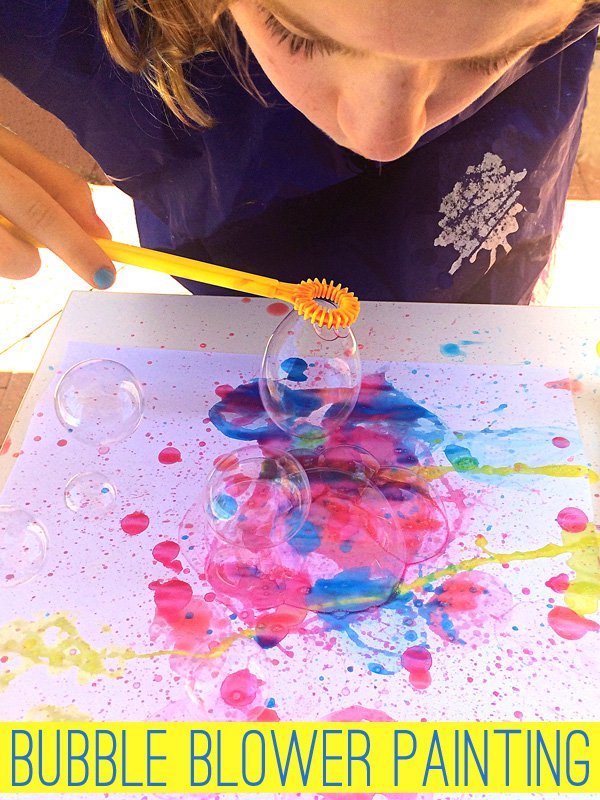 Have you had any recent ‘well, that didn’t turn out’ failures? 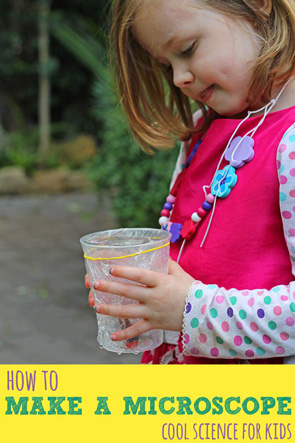 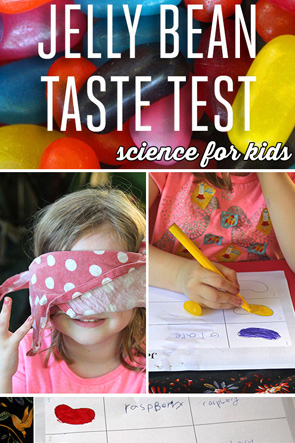 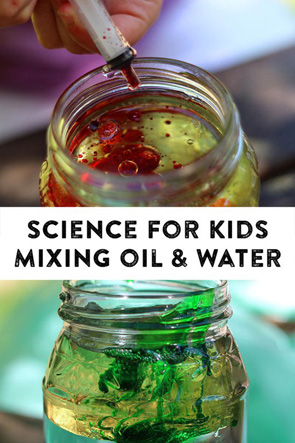 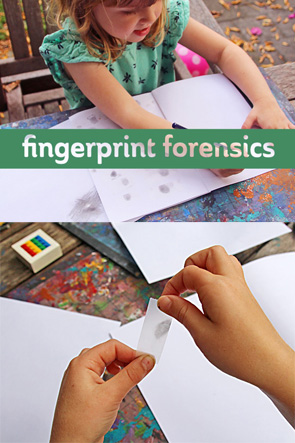 Ali Wright is mum to two young mini makers – their favourite place to be is around the craft table with glitter in their hair. Ali's focus is on process oriented art as she loves watching her kids experiment with creative materials. When not busy with art and craft, you'll likely find them at work and play in their small city garden. As the mini makers love a good mess, their days include lots of water and messy play!

Inside: 21 best illustrated chapter books for 7-12 year olds. Looking for a … END_OF_DOCUMENT_TOKEN_TO_BE_REPLACED

Inside: These free printable make your own Christmas gift tags for kids make a … END_OF_DOCUMENT_TOKEN_TO_BE_REPLACED