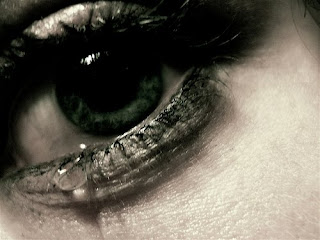 The first time my husband and I decided we’d like to get pregnant, we decided to say goodbye to contraception ‘and see what happened’. I had no idea when I ovulated, I didn’t chart and we didn’t plan. We got pregnant in our first month. This confirmed the theory that the first time you have unprotected sex, you’ll get pregnant! It’s popular in putting the fear of God into teenagers. And also a key part of all reality TV programming. Oh yes, I watch Dr Phil AND sometimes I even slum it on Maury (shhh!) but that’s a whole other confession.

I rather naively believed that it would be just as easy second time around.We planned. We planned for the right time and the right financial situation. We even planned for an optimal amount of time since my last pregnancy to give me a good chance of a successful VBAC after my emergency cesarean. My control freak was in full flight and my pragmatist had gone mysteriously AWOL. At some stage I’ll have to track the pragmatist down, I could use her help.

We are now in our fourth month of trying. And I’ll be the first to admit that I am a neurotic mess. Have you met me? I’m neurotic at the best of times. Somehow, I’ve now managed to take it to a new level. Impressive, even for me.

Things that I loathe the most:

I don’t know how long it will take us to get pregnant this time. What I do know? I’m giving up on planning. Do you hear that? My inner control freak is screaming. But I think my pragmatist has finally shown up and…

Thank you to Zoey for her honest reflections on a difficult time, waiting can be truly torturous when we are ready to embrace a new reality. Zoey is a (mostly) stay at home mother of one (her nearly two year old daughter, Riley). She spends her days toddler wrangling, writing, resisting perfectionist tendencies and dabbling in photography. Zoey is hoping for a big family (really big) and is interested in attachment parenting, home renovation and cooking lots of comfort food. To learn more about Zoey, visit her blog.

Inside: 50 spectacular space books for kids. Our collection of space books … END_OF_DOCUMENT_TOKEN_TO_BE_REPLACED