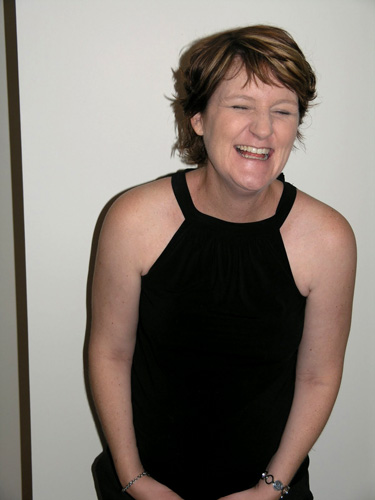 This photo which was taken when I was about 7 months pregnant. I really love this photo and by this stage was loving being pregnant, however that was not always the case!

My pregnancy was as completely planned as planned can be. The planning began not long after I returned from my month travelling around Europe in late 2005, without my DH. Whilst I was away, I really missed him and it was the first time I really contemplated us having children together. Up until that stage, I thought I had the best of both worlds – working as a teacher I had plenty of opportunity to spend time with great children but I also got to sleep in on the weekend (and the only thing I love more than a sleep in is chocolate!)

Not long after I got home, I raised the question of having a child. DH has always wanted children and (I think) was relieved that I had come around. Unfortunately, my timing kind of sucked as DH had just finished re-qualifying for a new career and was just starting out in a heavily commission based industry. Not a great time at all.

So before we got pregnant we did responsible things like buying ourselves an apartment and DH worked hard to establish himself in his new field. All this took a good eighteen months and by this stage I was worrying that I wasn’t getting any younger and starting to wonder if we had left it all too late.

I really wanted to have a baby born early in the year as I have always believed that it was an advantage to be in the older half of the class at school. So I stopped taking the contraceptive pill at the beginning of March in 2007 (I was 34 years old at the time) and after two cycles and a packet of ovulation tests (I told you this was planned!), I discovered that I was in fact pregnant. Exciting, yes?? Honestly. No, at that stage I was absolutely terrified.

I could not get my head around the fact that I was pregnant. I was sure that I was making a massive mistake, that I would be a terrible mother, that I would give birth to the world’s most difficult child as retribution for all of the times as a teacher I had wondered, “What on earth have these parents done with this child?” I was scared of childbirth, scared of being a mother, scared of losing control over my life.

Thanks to all of that prior planning, we knew almost immediately that I was pregnant but I convinced DH not to tell anyone, not even family, for the longest time poosible. Obviously, many couples choose to wait until the twelve week mark to tell people but twelve weeks came and went and I still wasn’t ready so I told DH that we would wait for our first ultrasound at 13 weeks to confirm everything was alright before we told anyone.

The day of that first scan came and I still had so many doubts and fears and when I saw that tiny little baby on the screen, I cried. It all became a little more real and a little tiny portion of the doubt fell away, although the fear firmly remained. So we told our families and they were understandably elated. Immy would be a first grandchild on her paternal side and a long awaited second grandchild on my side. 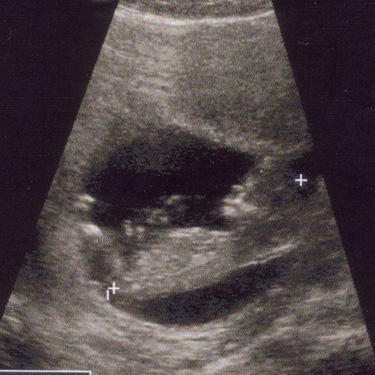 And still we didn’t tell anyone outside the family. My tummy was quite small and I could get away with wearing my normal clothes and no one seemed to notice anything different and so I was relieved not to have tell people the news. I was reasonably ill with morning sickness that tended to last until lunchtime and constantly craved mandarins but still the staff at work didn’t notice. Another month passed and I was 17 weeks pregnant and I resigned myself to the fact that it couldn’t be hidden too much longer, I had to tell my colleagues and friends that I was pregnant.

I found the well meaning response to our news, “You must be so excited!” difficult to respond to even then. I was still experiencing so many conflicting emotions. How do you explain that to others, especially other mothers, as most pregnant women seem so happy to be pregnant. Okay, they may not be happy with the nausea or the weight gain or the tiredness, but they are excited and expectant about meeting this new person who will play such an important role in their lives. How do you explain it to friends who you know are having difficulty finding a life partner or problems falling pregnant?

I can’t remember exactly when my feelings changed. When I began to feel joyful and less anxious about both being pregnant and being a mother. I think it was at about 20 weeks when I really began to feel Immy move inside me. She affectionately became known as ‘the hitchhiker,’ who had an affinity for hiccups and sucking her thumb (which she seemed to be doing at every ultrasound we had). By the end of my pregnancy, I didn’t want it to be over. I loved the physical feelings and emotions Immy and I shared and wasn’t ready to share her with others.

I look back now and wonder why I kept quiet for so long. I honestly think I needed that time to get used to the idea myself of being a mother and what that would mean for my life before sharing our news with others. For so many years I had had people ask me, “When are you planning to start a family?” or, “Not pregnant yet?” and my response had been, “I’m not,” because for a long time I knew the time wasn’t right for me. I had many things that I wanted to prove to myself before having children and I wanted to be sure that my relationship with DH was rock solid before bringing children into the mix. I have spoken before about teaching providing me with the opportunity to observe all sorts of families, some happy and others not, and I knew that for me, having a child meant the relationship I was in had to be forever.

Nowadays, I wish I could turn back time ten years and start having children in my 20’s. I think I would have had five or six. I love being a Mum and I am sorry that I bought into the myth that our society has created, that there is plenty of time to have a career before having a family. For many women, that simply isn’t true. Me, I was lucky, I waited and still was blessed with a beautiful daughter. I just regret that due to the physical constraints of my age she will in all probability be an only child. Just more conflicting emotions.

Inside: 21 best illustrated chapter books for 7-12 year olds. Looking for a … END_OF_DOCUMENT_TOKEN_TO_BE_REPLACED

Inside: These free printable make your own Christmas gift tags for kids make a … END_OF_DOCUMENT_TOKEN_TO_BE_REPLACED