You may remember me posting about whether or not we should buy Immy a wooden play kitchen as she loves role playing, especially cooking. In fact she has been cooking eggs non-stop for about 5 days now, maybe she is in training to be a short order cook! 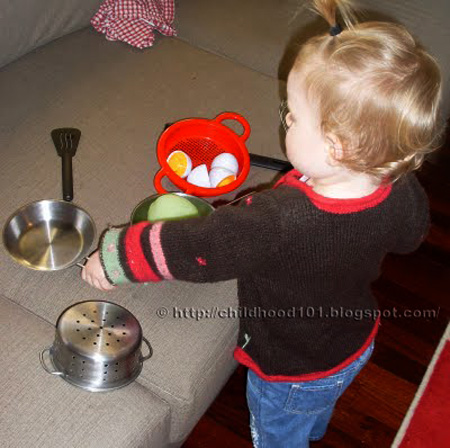 We have decided that we will buy her a kitchen but we will wait until Christmas to give us a bit more time to save our pennies. In the meantime, I decided to try making a kitchen for her…from cardboard boxes. And as I decided that I didn’t want to spend too much on this temporary kitchen I set myself the challenge of making it for under $10!

How to Make a Kids Kitchen for Under $10

1. Tape two book boxes (or similar) together. I orientated them this way as it was the best height for Immy. I am sure you could use nappy boxes or fruit boxes just as effectively. If you don’t have any at home, ask at your local grocery store. Cost= $0.00 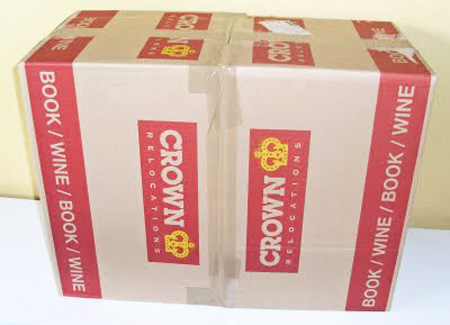 2. Cover boxes with self adhesive paper. I chose a silver/grey but white would work just as well. You could also paint the boxes, I just thought this would cover the images on the boxes better and also give it some more stability. 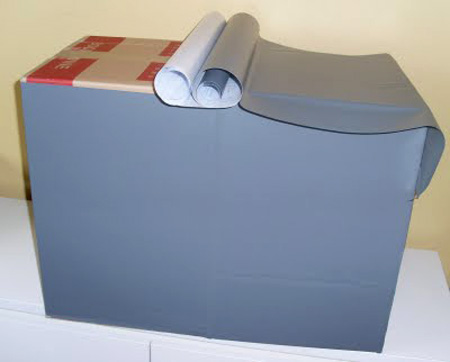 I covered the front and sides first and then the top (I didn’t cover the back). Probably best if you find a friend to help you as this was the trickiest part. Cost=$4.99 for one roll of self adhesive paper 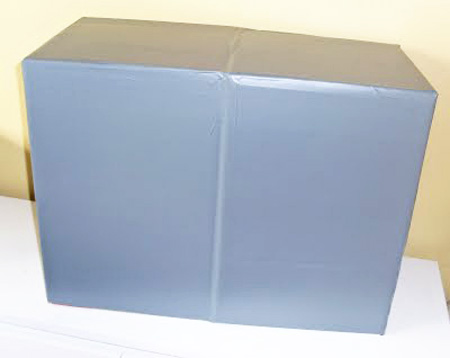 3. Trace around a bowl or small plate four times onto a black foam sheet. 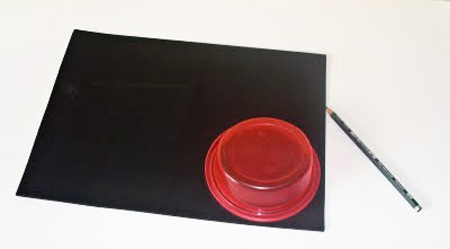 5. Attach four recycled milk bottle lids to represent knobs on the stove. I originally glued these on but then found that I had some double sided tape that I had forgotton I had so I re-attached them with the tape as I thought this would be more secure. 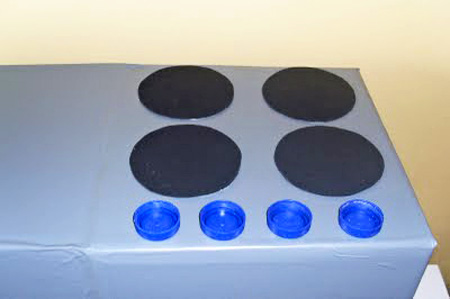 6. Cut a three sided door to represent the oven door. I used strips of the contact paper around the door and the hole to reinforce it. 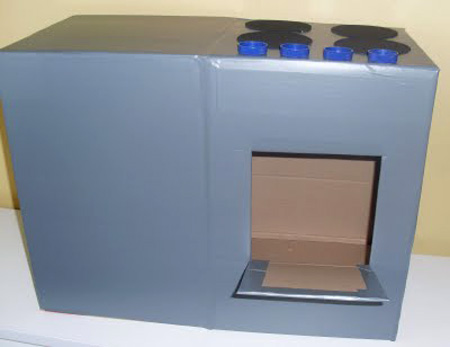 7. Attach two recycled lids as knobs for the oven with double sided tape. 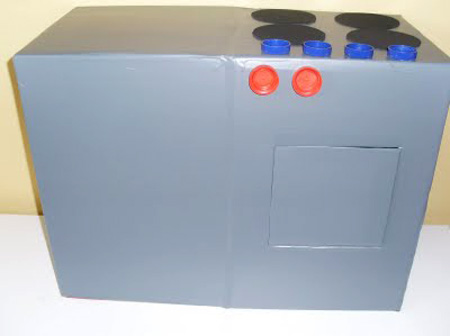 Here is Immy test driving the kitchen stove and oven. 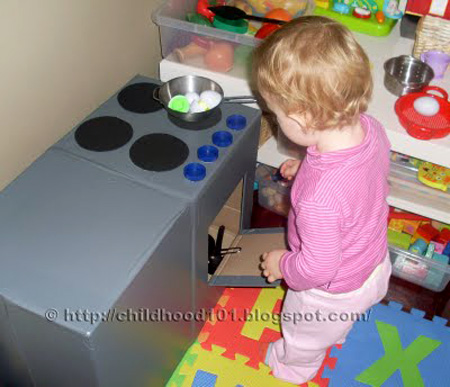 The test play revealed that I need to make a handle for the oven door so that Immy can open it easily. I would also like to get some nuts and bolts so that I can reattach the knobs and they will actually turn, I will have to see if I have enough left in the budget.

The next challenge is to make the second side a sink and cupboard and I have $4.50 left. Now, what will I use for taps? Stay tuned for part 2 of this kitchen makeover.

Part 2 is now complete. Jump over to here to see.

Inside: 15 books about digital citizenship, including titles exploring over … END_OF_DOCUMENT_TOKEN_TO_BE_REPLACED