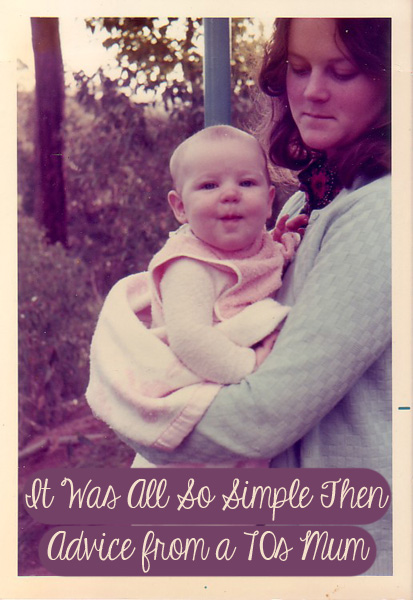 When I became a mother at 17, way back in 1973, I didn’t have a book (or books) to tell me what to do. I didn’t have the Internet or Google. I had my Mum and the child health clinic nurse. I didn’t have a mother’s group, in fact I didn’t have any close friends with babies. My Mum worked, my mother-in-law lived quite a few suburbs away and we only had one car which hubby took to work.

So I learned this mother gig on the run, so to speak. It probably helped that my first baby was very placid, slept well and was generally a happy baby.

I did my best at breastfeeding but ended up with mastitis so bad that I was delirious with fever and needed a week of penicillin injections. Not a pleasant experience and after about 6 weeks, I moved my baby to a bottle. I never had any guilt associated with this, it was what the doctor told me to do and I if I kept getting sick then that was not the best thing for me or my daughter. Part of the reason I kept getting mastitis was that she took over an hour to feed, she didn’t have a good strong suck and even when moved to a bottle she still took ages to feed – even with the biggest hole in the teat.

Sometimes she got nappy rash, sometimes I let her cry to sleep, occasionally if I was really tired I would let her sleep with me in bed. Well truth be told, I would fall asleep with her in my arms while feeding her because she took so long. 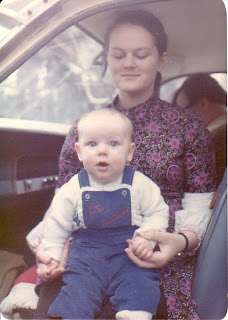 She was my priority and so if the house was not dusted or vacuumed every week, I didn’t care. If her toys were on the floor, so what. If I felt like we needed fresh air, we went for a walk. If I felt she needed to play, we played. All the things I did, I did with her in mind. The washing was always done, her nappy regularly changed, she was bathed every day, sometimes twice a day. She was always feed and clothed how I thought she should be. I worked out what worked for us and that is what I stuck to, adjusting as she grew.

If we went out, she came with us, to noisy pubs to listen to bands during Sunday sessions. She slept through them all. Yes, there was smoke as well, don’t forget this was the 70s and most people smoked.

Money was tight, but we managed. There was no maternity leave; you resigned when you had a baby. That wasn’t to say you couldn’t go back to work, but there was very little in the way of child care back then.

I had never lived away from home until I got married and had my daughter three months later. I had never really cooked, cleaned, washed or lived with anyone except my parents and brother. I should have been stressed but I wasn’t, motherhood seemed to be what I was born to do. Being a wife on the other hand at that young age, maybe not so much. But still life seemed so much easier then. There was no pressure to be perfect, to juggle career and motherhood, to live up to society’s expectations.

Even when I had the rest of my children, four in total, my children’s needs were put first. We never had a lot of money, so most things were done at home. We improvised and made cubbies out of sheets, who could afford a cubby house? We would hire videos, have homemade popcorn and cordial, throw beanbags on the floor and watch them together … who needed to go the movies? The girls played netball, my son T-ball – one sport per gender … there was no money to drive everyone everywhere, beside who had the time?

I didn’t feel that I had to be the “BEST” Mum, just doing my best was enough. Putting my kids first by loving them and always looking out for their welfare – that was what being a Mum was all about.

If was to give any advice to new mothers today – it would be to relax, throw away the books, do what is right for you – it doesn’t matter what anyone else thinks.

If being a working mother is what you need to do to be the best mother you can, then go for it.

If you have to return to work to support the family (like I did after baby no. 4) then don’t beat yourself up about it – you are doing it for your family and what greater motivation can there be then that?

If you choose to be a stay at home mother – then embrace that, don’t second-guess how life would be different if you had made another choice.

It doesn’t matter what it says in any book – your child will be different. Do what is right for you and your baby and family.

If co-sleeping works for you then do it – you don’t have to justify it to anyone.

If you want to breastfeed your baby to sleep – then go for it.

If breastfeeding doesn’t work for you, then that’s okay too – you have to feel comfortable and relaxed.

Your child does not need to swim, dance, play three different sports, do gymnastics, modeling, drama, etc, etc to have the best childhood. Choose one and try it out for a term, if they don’t love that then try something else … you don’t have to do it all, especially not all at once.

I worry today, that by trying to be all and give all (in the material sense), today’s parents may in fact be doing their children a disservice in the long run. That all this is teaching them is that if they don’t have it all they are somehow failing.

So choose to take the simpler path, step off the fast paced highway that this world has turned parenting into … I am sure that both you and your child will benefit.

And above all, be kind to yourself – we are, after all, our own greatest critics.

I asked my Mum to write this post as a reflection on how she sees parenting is different now to how it was just a generation ago. Thank you, Mum. Read more of my Mum’s musings on her own blog, Menopausal Mumma. 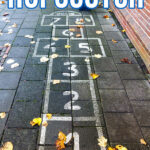 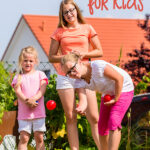 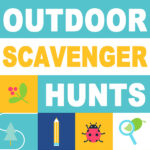