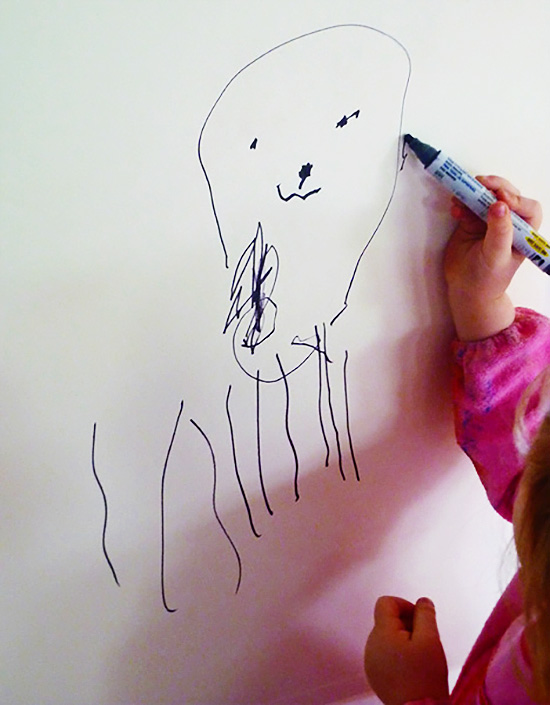 Ooops, caught up in the moment Mummy broke the golden rule of children’s art – never assume you know what the story behind the creating is!

Instead, I should have reflected on these tips for talking with children about their art making and offered;

“I see you’ve made a row of straight lines.” (making an observation) or

“You were working/concentrating really hard on making those lines.” (giving acknowledgment) or

“Tell me about your drawing.” (open ended questioning) or even

“Which part of your picture do you like the best?”(encouraging reflection)

As for this one… 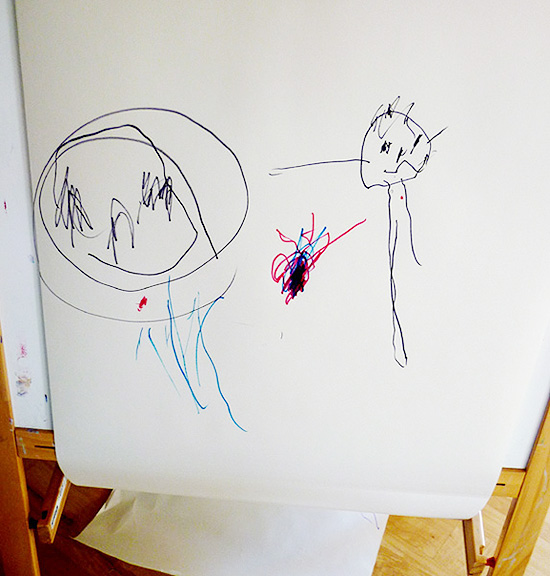 Who would have guessed that this was Olivia (the pig) on stilts (right) and her mother (both featuring lovely bright pink belly buttons) with a brightly coloured juggling ball in between???

Inside: 21 best illustrated chapter books for 7-12 year olds. Looking for a … END_OF_DOCUMENT_TOKEN_TO_BE_REPLACED

Inside: These free printable make your own Christmas gift tags for kids make a … END_OF_DOCUMENT_TOKEN_TO_BE_REPLACED