Immy is currently very interested in dinosaurs so I thought that creating a small world play scene together would provide a fun space for her to re-enact much of the information that she has been gathering through the exploration of her interest. When I suggested the idea to her, Immy’s first request was that the small world include a cave! 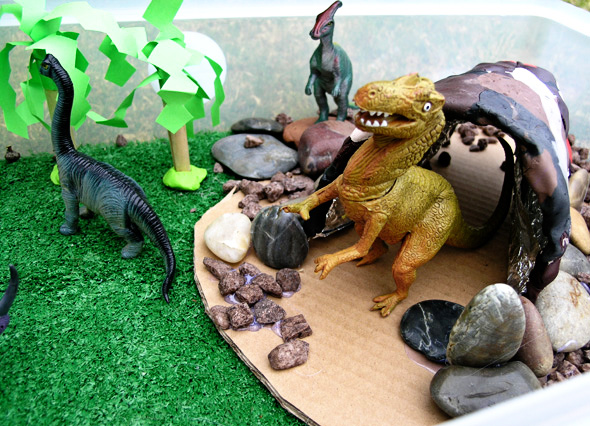 So our version of a rocky outcrop cave was created by moulding alfoil into a cave shape and covering it in coloured modelling clay which we rolled out into a thin sheet. We added some small rocks and mounted everything ontoa  thick box cardboard (thank goodness for hot glue guns). 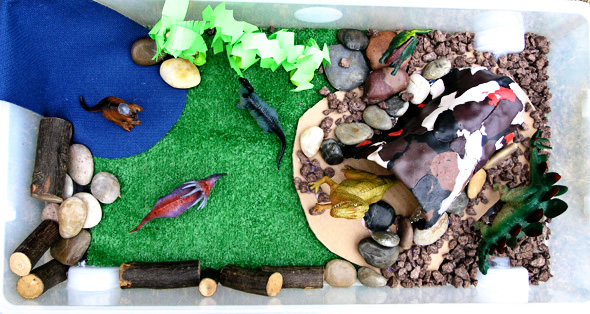 We placed the cave into a low sided, plastic tub (the sort made to fit under beds) and added grass (fake turf), a waterfall (fabric), trees (made from dolly pegs, paper and modelling clay), various rocks and some of our tree blocks. 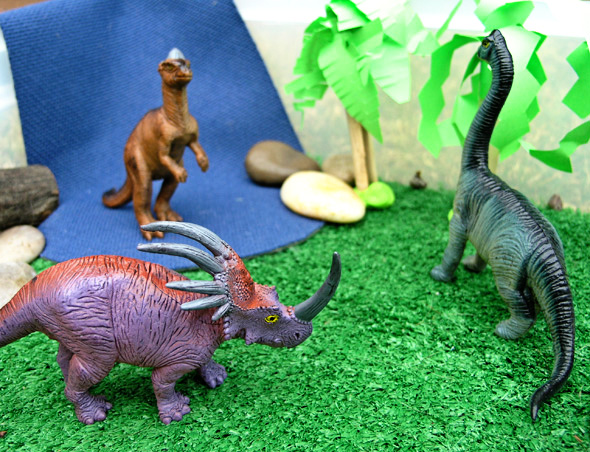 This small world play scene would also work well with a variety of animal, insect or amphibian figurines, or even with fairies, pixies and elves.

You’ll find more about the wonderful world of play scenes in Kate‘s article, An Introduction to Using Play Scenes, in issue one of Play Grow Learn.

Inside: Our pick of the best YA dystopian books series for teens. If your … END_OF_DOCUMENT_TOKEN_TO_BE_REPLACED

Looking for a range of fun, high energy family games to play at your New Year's … END_OF_DOCUMENT_TOKEN_TO_BE_REPLACED