I recently introduced Miss 6 to Mr ROY G. BIV as she was trying to remember the order of the colours of the rainbow – red, orange, yellow, green, blue, indigo, violet. She’s been using mnemonics in her first grade class to remember tricky spelling words such as because (big elephants can always understand small elephants) and said (silly ants in dresses), so it didn’t take her long to master the rainbow!

Throughout their school years, children are introduced to new, abstract concepts that require them to store information in both their short and long term memories – letter sounds, sight words, multiplication tables, historic dates, the periodic table and so much more. Which makes memory skills pretty important in the scheme of things!

So today I am sharing a fun collection of memory games that are perfect for helping your child to s-t-r-e-t-c-h their brain! These games and activities require them to stop, focus, think, plan and remember, and these are all great skills that we all need to use every single day. There are ideas that can be used with preschoolers (but honestly, my ten year old still gets a kick from winning a round of memory!) right through to kids in the later years of primary/elementary school. 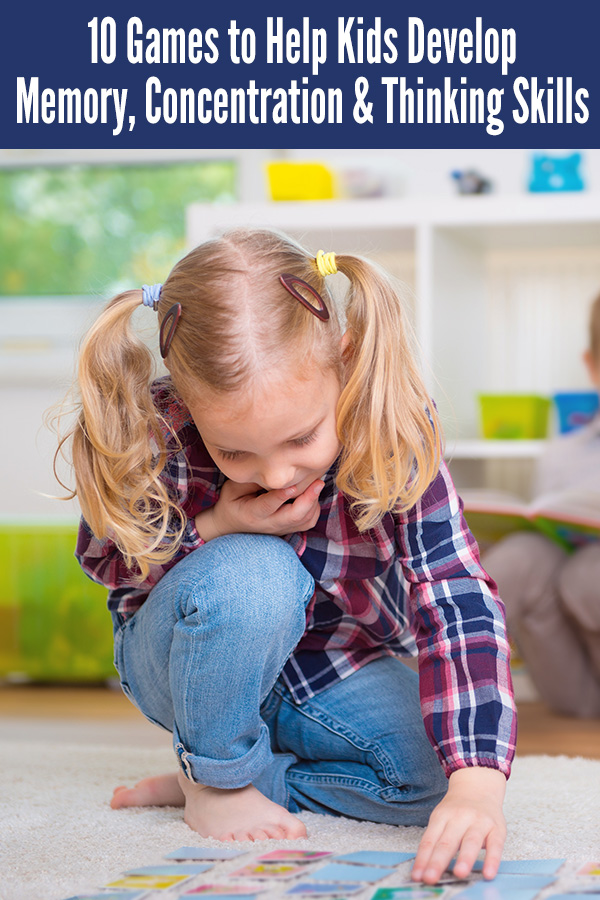 Ensure your set of cards contains all matching pairs.

Shuffle and spread all cards out on a flat surface, face down.

Players take it in turns to choose any two cards. Make a successful match and you get to take another turn. No match, the cards are returned to their original position.

Success in Memory relies upon children remembering where they have seen each picture in previous turns – both those and those of the other players.

The winner is the person who has matched the most pairs.

With younger children, play Memory by mixing up and placing face down the pieces to simple matching 2-piece puzzles, encouraging your child to find the two pieces that make up one puzzle.

Similar to Memory but instead of matching pairs, players take turns to select a picture card to match to a baseboard.

Each player selects a base board. The matching cards are shuffled and spread out on a flat surface, face down.

Players take it in turns to select a card. If the card matches an image on the players board they have made a match and get to take another turn. No match, the card is placed back down.

The winner is the first person to match all of the images on their base board.

Place a number of household items onto a tray (the more items, the more challenging the game so for younger children start with just 3-4 items and increase from there).

Tell your child to have a close look at the items on the tray. Name them together (the more you discuss the items the more likely your child is to remember them so you could ask them what colour or shape each item is or what it is used for).

Cover the items with a tea towel. Ask your child to close their eyes and as they do so remove one item from under the cloth.

Ask them to open their eyes, remove the cloth and tell you what’s missing!

For older children, use more items and allow them to look at them for a full minute. Then cover them up and ask them to write a list or draw as many of the items that they can remember.

The aim of the game is to remember as many items purchased at the shops as possible!

The first player starts the game by saying, “I went shopping and bought a ____,” identifying an item they would buy.

The second player continues, “I went shopping and bought a (names the first player’s item) and a ___ (adding a new item to the list).”

Players continue taking turns to remember the items purchased in order as the list gets longer and longer. The winner is the last person who can correctly name all of the items in sequence.

This game can be adapted to many different scenarios, for example, “I went on holidays and packed…” or “I went to school and took …”

You can also adapt the game for children familiar with letters of the alphabet by requiring players in turn to name an item that begins with each letter of the alphabet. Player 1=A, player 2=B, player 3=C, etc.

Place three identical, plastic cups in a line on the table, rim down. Place a pom pom or small rubber ball under one cup, allowing your child to see which cup the pom pom/ball is under. Shuffle the cups around by sliding them across the table, switching their positions quickly back and forth and all around. Once you have stopped moving the cups ask your child to identify which cup the ball is now under.

My girls love these brain box games. They are available in a wide range of themes – everything from animals to fairytales to math problems.

Success in this game requires the child to transfer a physical sensation to a mental picture and retain a short series of mental pictures in their head to correctly identify the word.

One player uses their finger to ‘write’ a word on the back of the second player. The second player tries to identify the word. Players switch positions and take turns being the ‘writer’ and guesser.

Display a series of pictures or words for a few seconds. Cover the images/words and have children write, draw or tell a partner the objects in correct order.

Make the game more difficult by increasing the number of items in the series.

Played in pairs, five cards are placed in a series on the table (these can be playing cards or other picture or word cards). One player is given time to memorise the sequence. Then their partner takes the cards, shuffles them and places only four of the cards back on the table. The first player must identify which card is missing. 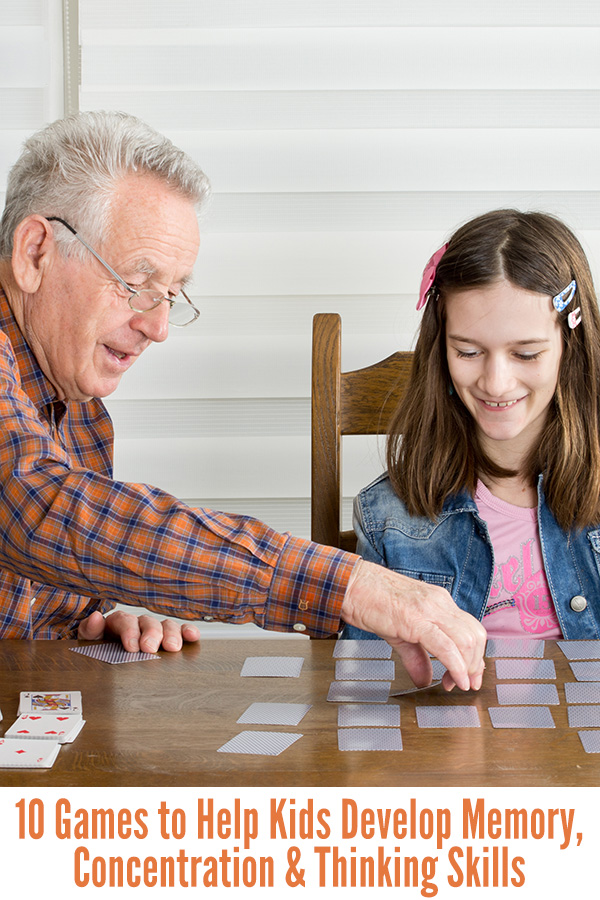 These quick memory games make fun challenges while you’re waiting at the doctors office, a restaurant or while travelling. 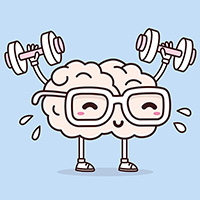 Previous post: 21 Best Family Camping Games
Next post: Mindfulness for Kids: 9 Apps To Help Them Be Calm, Focused and Relaxed

Inside: 15 books about digital citizenship, including titles exploring over … END_OF_DOCUMENT_TOKEN_TO_BE_REPLACED