Looking for an engaging spelling game to play with your students? Look no further! We’ve collected together a fun list of classroom spelling games suitable for students in grades two to six. 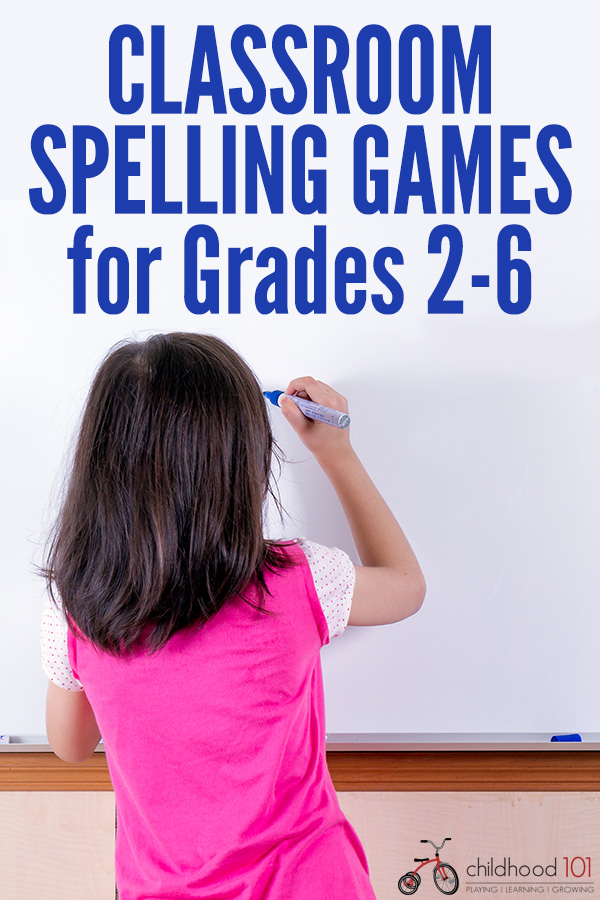 1. Buzz Off Spelling Game
Have students stand in a circle. Choose a person to start and say the word to spell. In succession moving from person to person around the circle, each student says the next letter in the word until the entire word is spelt. The next student says ‘buzz’ and then the next ‘off’ and that final student sits down. Any student whose letter misspells the word also has to sit down. Keep playing until only one student remains standing.

2. Spelling Team Tic Tac Toe #1
Divide students into two teams. Draw a large tic tac toe grid on the whiteboard. Students from each team take turns to orally spell an allocated word correctly. If they are correct, they add an x or o to the grid for their team. First team to three in a row wins the round.

3. Spelling Team Tic Tac Toe #2
Divide students into two teams. Draw a large tic tac toe grid on the whiteboard. Give each team a different coloured whiteboard marker. Students from each team take turns to spell an allocated word directly onto their choice of square on the tic tac toe grid. If they spell the word incorrectly it is erased. First team with three correctly spelled words in a row wins the round.

5. Spelling Swat It!
Divide students into two teams. Write the spelling words randomly onto the whiteboard.

Stand the first two players, with their backs to the board, a short distance in front of it. Give them each a plastic fly swat.

Call out a clue to identify the spelling word. For example, “This word means…” or “Rhymes with …” The two players must then race to be the first to swat the correct word on the board. The winner must then turn away from the board and spell the word correctly to win a point for their team.

6. Spelling Word Relay
Divide the students into teams. Each team lines up a short distance away from the whiteboard, facing the board. The first person in each team starts with a whiteboard marker.Call a word for the students to spell. The first student in each team races to the board and writes the first letter of the word and then runs back to pass the marker on to the next team member who writes the next letter of the word, and so on. Team members can correct an incorrect letter on their turn but they may not add a new letter. The first team to correctly spell the word scores a point. 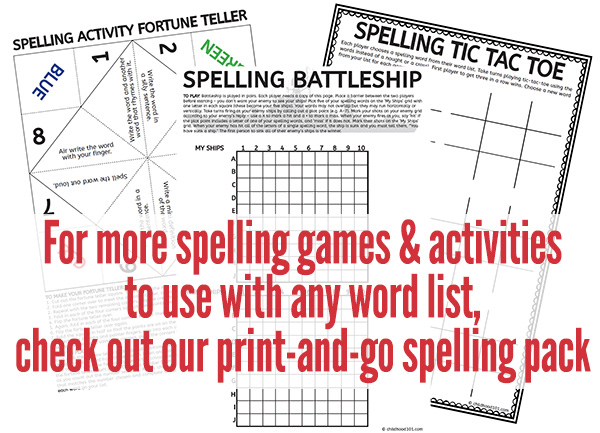 7. Spelling Who Am I?
Write each spelling list word onto a post-it note. Divide students into two teams. The first student from the first team sits on a chair at the front of the room, facing the rest of her team. Place the first post-it note onto the student’s forehead. The goal is for the chosen student’s teammates to give him or her clues to what the word on his forehead is, without revealing the word directly. They can use rhyming words, synonyms, antonyms, guestures, etc. After they guess the word correctly, the student then has to spell the word. If they spell the word correctly, they score a point for their team. Repeat with the first team member from the second team, and so on.

9. Missing Letters
Played in the same manner as Unscramble but the words are written onto the classroom whiteboard with blank lines in the place of some of the letters. For example, b_c_ _se for the word because.

11. Spell-O
Each student chooses five spelling words and writes them onto a piece of paper. Write the alphabet in large print across the whiteboard. Cross out the letters of the alphabet, one by one. As each letter is crossed out, students cross out that same letter as it appears in each of their own words. First student to cross out all of the letters in all of their words wins.

12. Dictionary Challenge
This game works best with students in the upper elementary/primary grades. Divide students into teams. Each team will need a dictionary. Students choose a player from their team to go first. Call out a word. The elected students from each team race to be the first to find the word in the dictionary. The person who succeeds scores a  point for their team. The dictionary is then passed to the next person in each team and the process repeated.

RELATED: Grab our Spelling Activities Worksheet Pack for 20 low prep, purposeful word study activities to use with any spelling list. 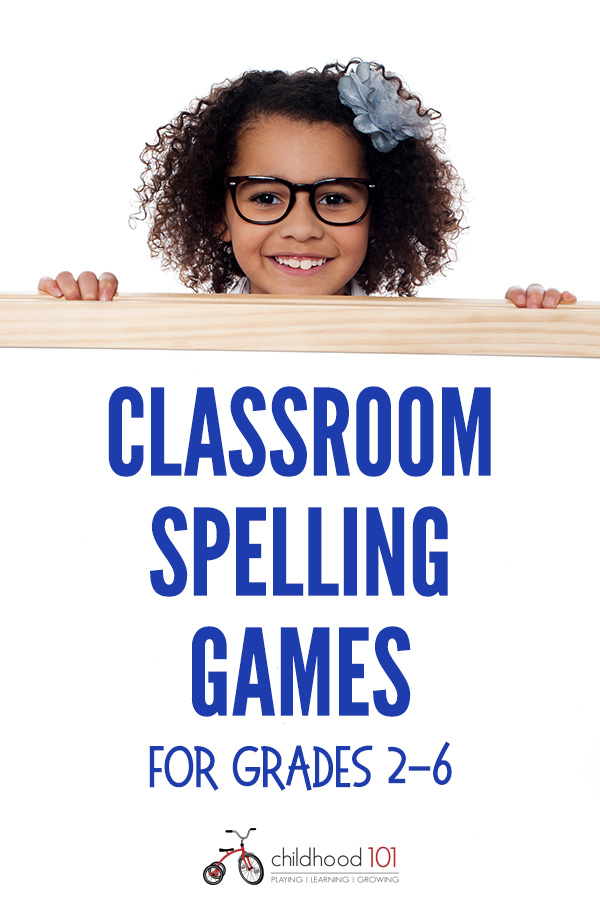 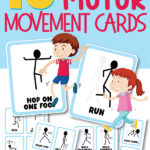 These printable activity cards are a great tool for getting kids moving, with … END_OF_DOCUMENT_TOKEN_TO_BE_REPLACED 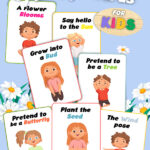 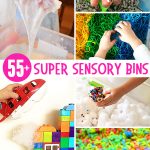 We are big fans of sensory play in our house! Since they were small, my girls … END_OF_DOCUMENT_TOKEN_TO_BE_REPLACED