Immy received her cubby house as a group gift from family almost two years ago. I have fond childhood memories of my cousin’s cubby house and was pretty sure that my imaginative child would love it. Which she most certainly does  It regularly features as a backdrop to her play, transforming from a house to a castle, from a school to cafe. In her imagination the verandah becomes a stage, a shop front or the deck of a ship. Immy plays in her cubby by herself or with friends pretty much every day. 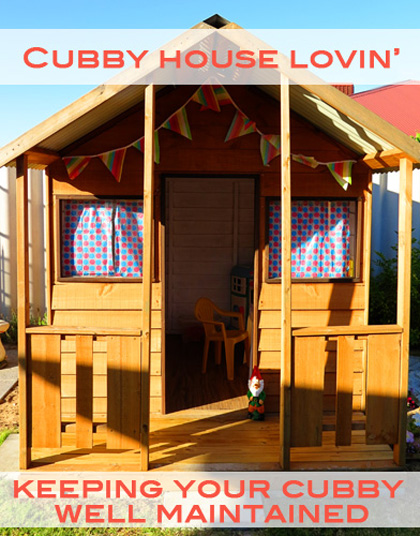 What I did not think about when we bought it was the ongoing maintenance an outdoor wooden cubby house needs. This past weekend we decided it was time for a little TLC and a wee makeover for our beloved playhouse. 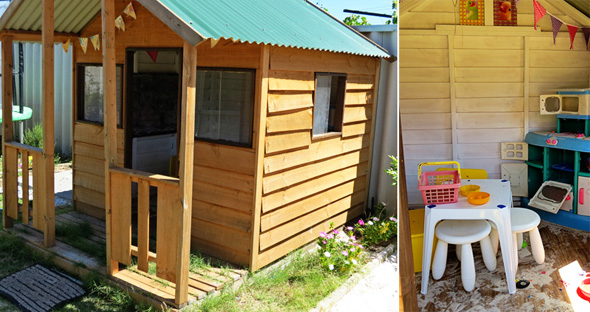 The biggest job was to tackle the problematic gaps in the playhouse decking. Our cubby house was supplied as large, pre-assembled panels and once put together it took about five minutes before Immy dropped a small toy straight through one of the rather large decking gaps on the verandah!  As it sits right alongside the sandpit, cooking up messy meals in the cubby is a regular event so the space under the decking was becoming a graveyard for not just lost toys but also piles of sand. And then there was the problem of grass runners popping up between the boards, which we never seem to be able to keep up with!

Dad 101 and I decided the best course of action would be to replace the decking leaving less of a gap between the new boards. The new boards cost less than $30 and I can already see that it was the best decision to make. There is still enough gap for water drainage but the toy problems are no more, the sand is so much easier to sweep away and there is a whole lot less sunlight down there which will hopefully make it less attractive to our grass runners! 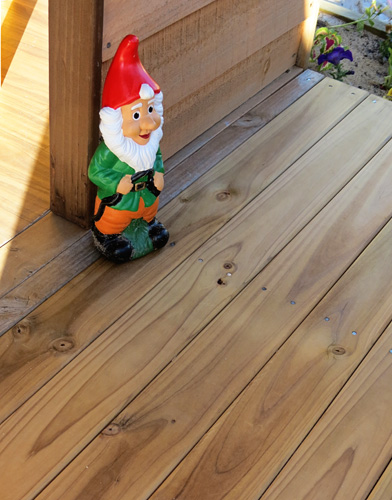 We gave the garden bed that runs along the side of the cubby a good freshen up – cutting back the overgrown grass, adding a new edging to help discourage the grass in the future and adding plants with pretty flowers or colourful foliage, selected and planted by Immy. 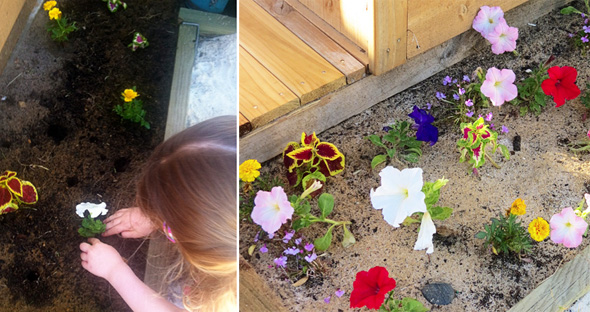 We pulled out all of the toys and equipment and Immy helped to give them a good clean with soapy water. We deliberately chose plastic furniture for the cubby as it is so easy to clean, we tend to do this every couple of months. 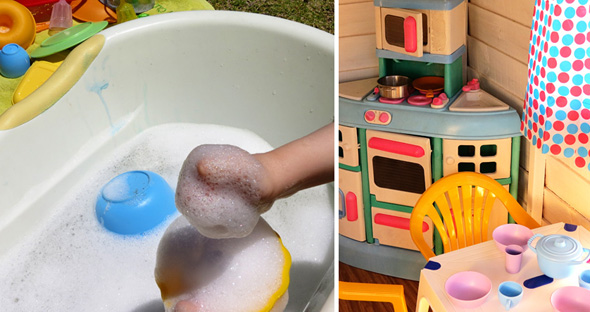 I find that providing easy-to-close storage tubs with lids that fit snuggly and securely makes pack away time easy and helps to keep spiders and creepy crawlies from taking up residence in your toys. 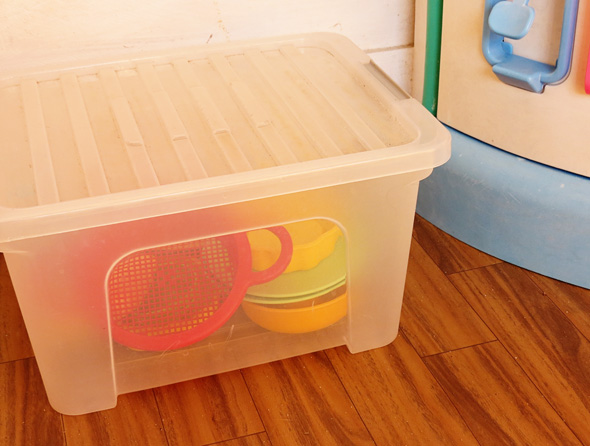 We replaced the tired, faded flower bunting with a pretty and welcoming rainbow-striped version. 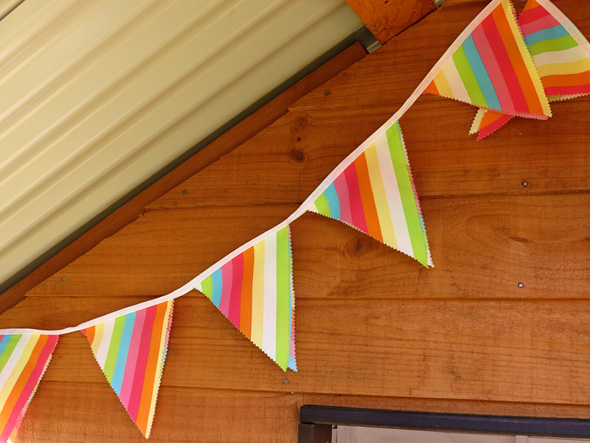 A plastic shower curtain cut to size made an easy, no sew curtain which is perfect for our cubby house as it isn’t completely weatherproof. Cut a wooden dowel or curtain rod to size and ‘hang’ with cup hooks. 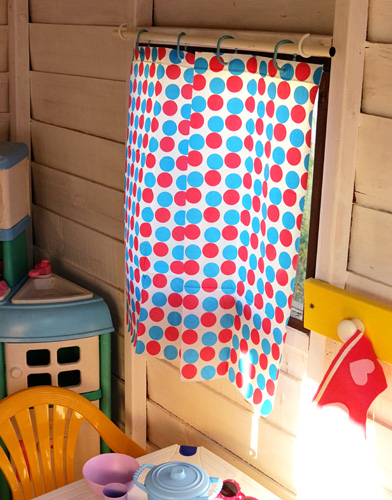 A little re-organisation, fresh chalk for the chalkboard and everything was ready for playtime. 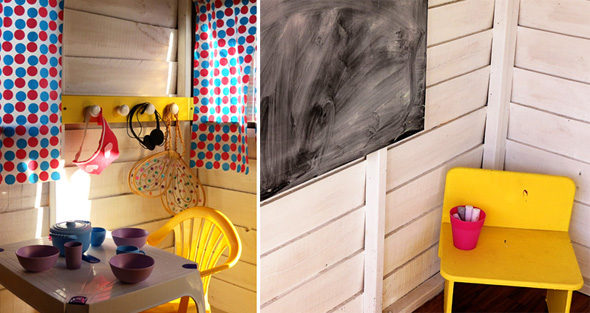 We would still like to re-stain the entire outside of the cubby house but that is a job for another weekend.

What time will you be round to play? 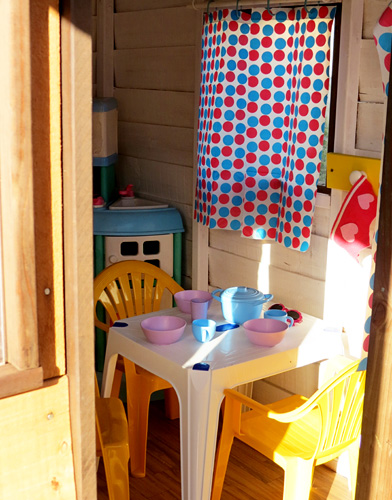 Inside: 21 best illustrated chapter books for 7-12 year olds. Looking for a … END_OF_DOCUMENT_TOKEN_TO_BE_REPLACED

Inside: These free printable make your own Christmas gift tags for kids make a … END_OF_DOCUMENT_TOKEN_TO_BE_REPLACED