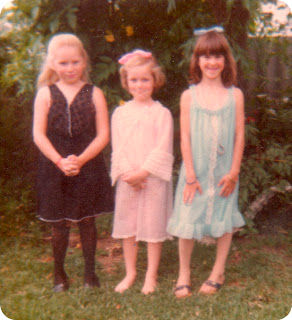 The dress up box I have been making for Immy’s second birthday is all but complete. She shall soon go forth and join the many generations of children who have played dress ups. Yes, like me, shown here at my Nanna’s house where I often played dress ups with my cousins – amazing what a few petticoats and nightgowns can become in the imagination of a small child! 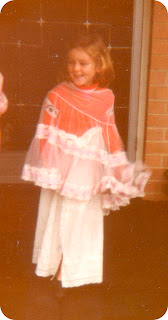 For Immy’s box I have made;

A really simple tutu, the tutorial for which appeared on Simple Kids.

A tribute to her passion for Captain Feathersword, a pink pirate hat! You will find the tutorial here on Craftblog. 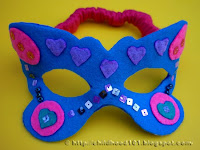 A hat fit for a fairy princess. Here’s the tutorial link.

I have also made a felt crown which will be unveiled with some party photos in a few days.

I am adding some colourful scarves which were raided from Grandma’s wardrobe. 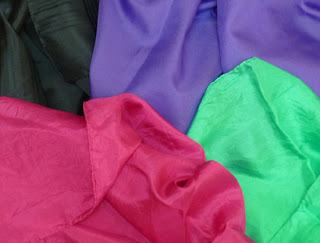 I have attached ribbon to two of them so that they easily become capes or skirts or whatever other fantastical creation Immy and her friends dream up. 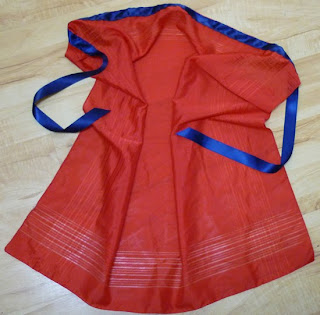 “Laughter is timeless. Imagination has no age. And dreams are forever.”

I think for now that is a good start to Immy’s dress up collection. I would love to hear what is in your dress up box. What do your children love to dress up in?

Inside: 21 best illustrated chapter books for 7-12 year olds. Looking for a … END_OF_DOCUMENT_TOKEN_TO_BE_REPLACED

Inside: These free printable make your own Christmas gift tags for kids make a … END_OF_DOCUMENT_TOKEN_TO_BE_REPLACED