In this guest post, my lovely friend Marieka shares her family’s alternative to the Elf on the Shelf tradition and I love that you can adapt this idea to suit any set of figurines that your children already love. 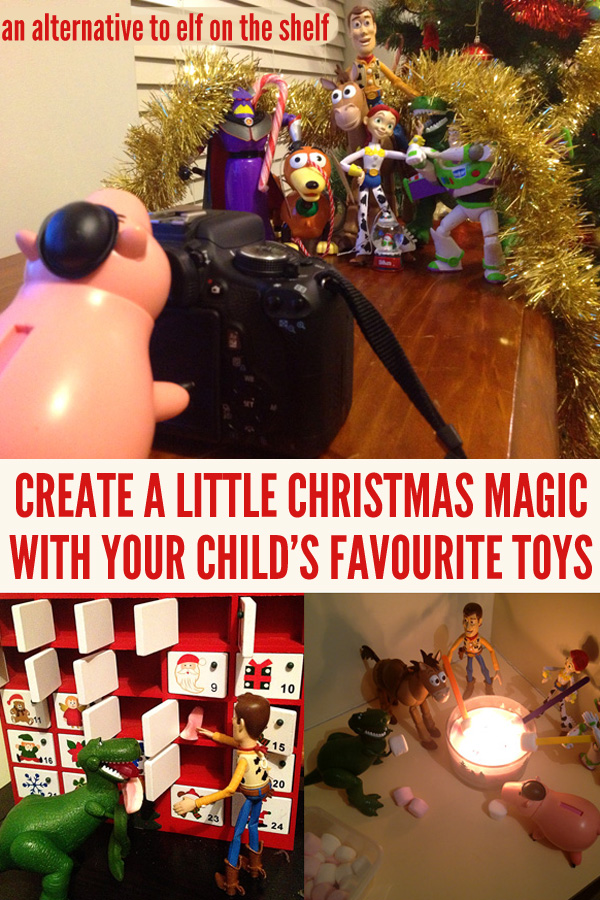 We love Christmas in our house. Christmas carols can be heard playing in our house all through the month of December. We love to build (and eat of course!) gingerbread houses, bake shortbread cookies and homemade rocky road chocolate. I love to see the look on my children’s faces as they unwrap their gifts from under the tree, squealing with delight and eager to play with their new treasures. We go to church on Christmas morning to celebrate the wonderful miracle of Jesus’ birth and then we eat and celebrate for the rest of the day, and seeing as Christmas is in the summer time in Australia we usually always end up down the beach swimming in the afternoon or early evening.

Whilst preparing for last Christmas I was searching the internet for fun new traditions (at the time my little boy was 5 and my little girl 8 months old) and the little Christmas Elf on the Shelf was everywhere! If you don’t know it, Elf on the Shelf involves purchasing an Elf that arrives at your house under the premise that he has been sent from the North Pole on behalf of Santa as a little spy, to make sure your children have been well behaved. To add to the excitement parents have a lot of fun with the Elf – setting up all sorts of mischievous adventures at night while the children are sleeping, and then when the children wake up in the morning they are so delighted to see what their elf has been doing.

I just loved this idea and I knew my children would get a real kick out of it. I wasn’t too keen on having an elf though or of the story of reporting back to Santa; so instead of using an elf I enlisted my little boy’s favorite toys, Woody and the Toy Story Gang, to help me out (although this could easily be any collection of your child’s favourite toys). 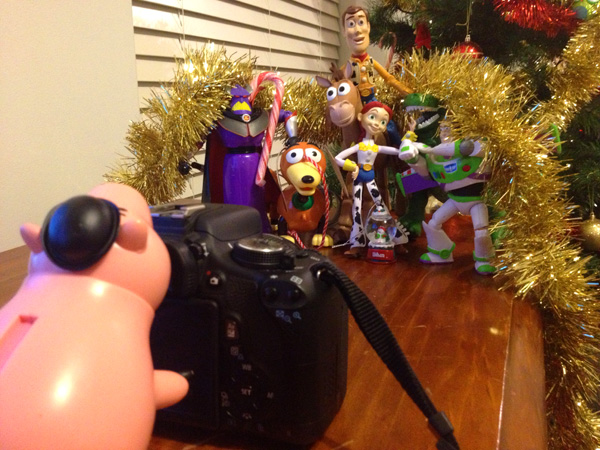 Each night when the children were fast asleep, I took the toys and arranged them so they appeared to be having all sorts of Christmas related adventures!

Here is a list of the things that Woody and the gang got up to: 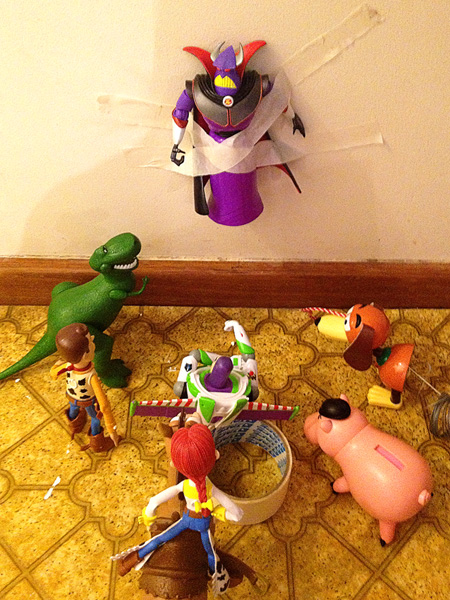 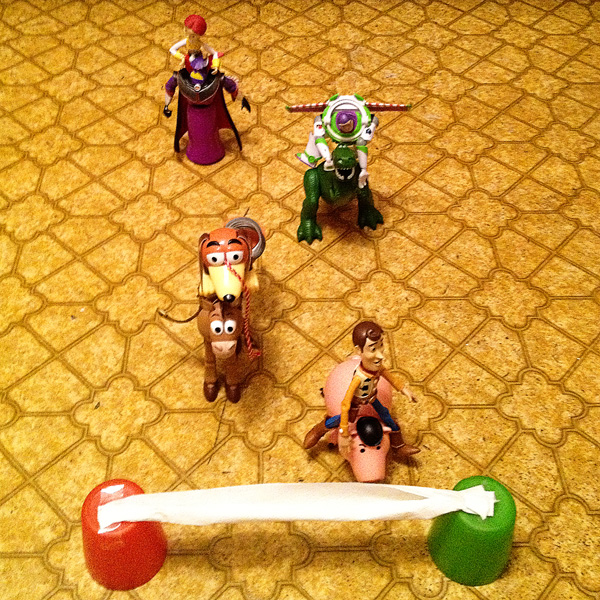 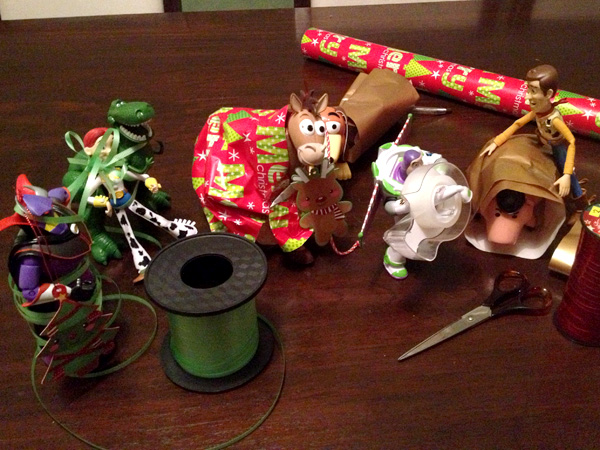 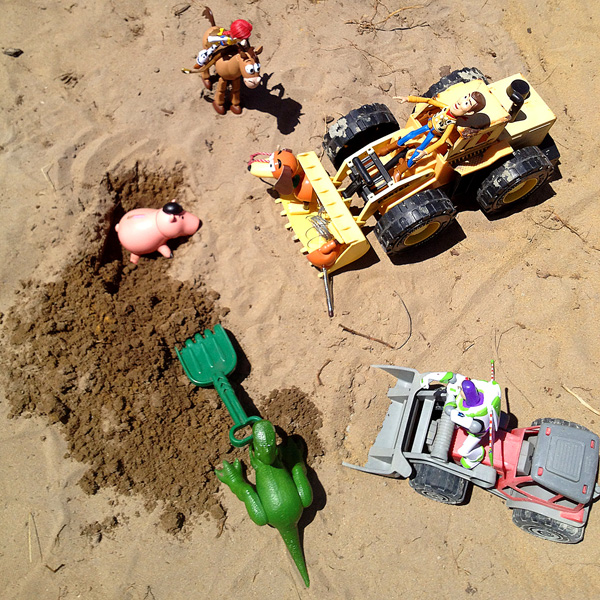 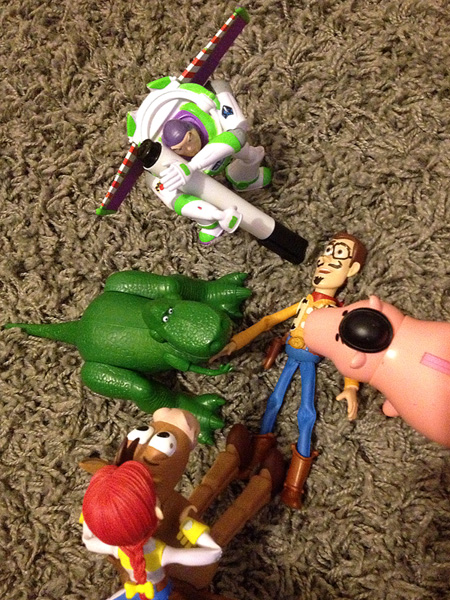 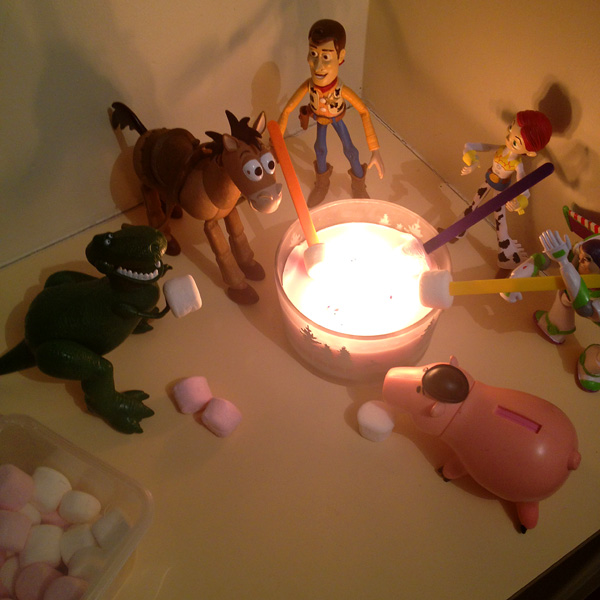 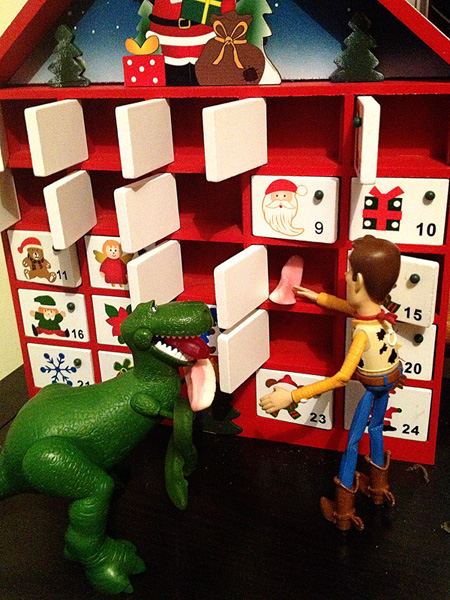 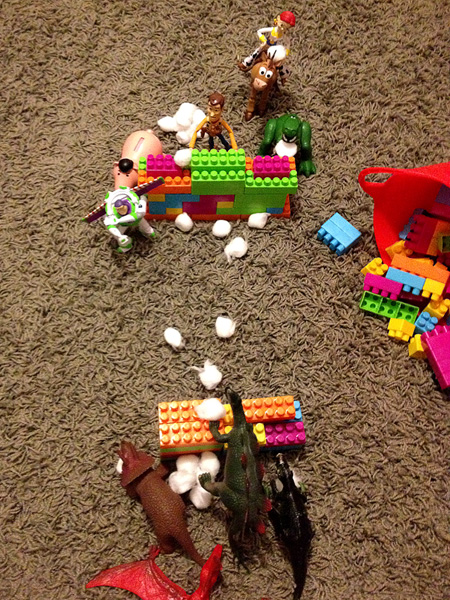 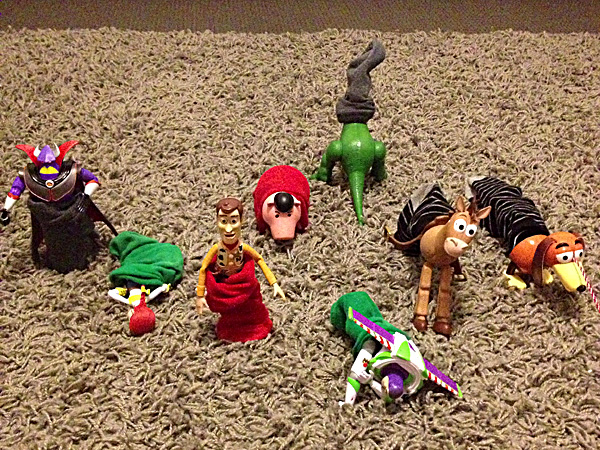 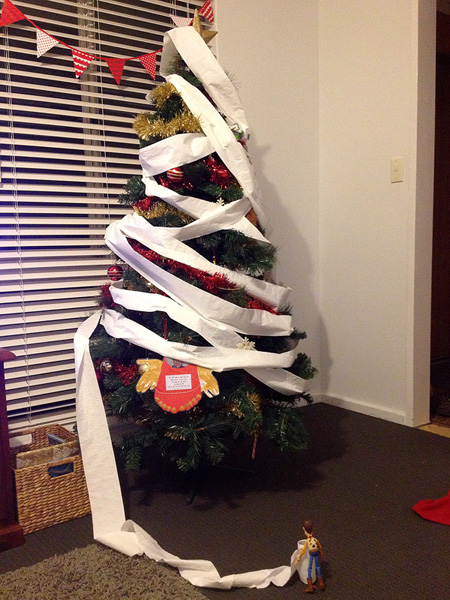 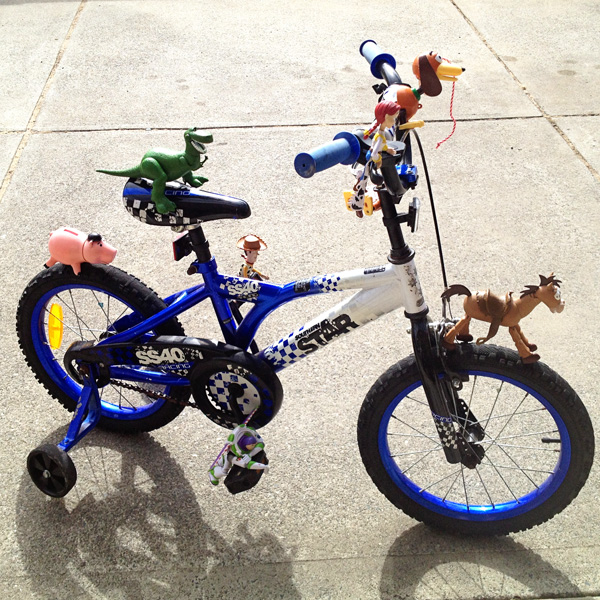 My children absolutely loved every moment of this little tradition, and I must admit my husband and I had a great time with it too. My little boy would get up each morning and go looking through the house for the gang to see what they had been up to. Woody and the gang got up to something silly every night in the month of December leading up to Christmas morning where they were gathered under the tree wrapped in fairy lights with a sign wishing us a Merry Christmas. The next morning they returned to their usual spot on the shelf in my son’s room. My little boy still talks about the silly adventures they had and often wonders if they will be back to do it again! 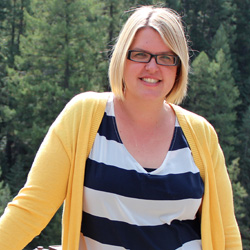 My name is Marieka but since I was a little girl my loved ones have always called me Meek. I am the mum of two children. Once an early childhood teacher I now travel the world with my family and home-school my children. I love to write. I love to capture life in photographs, mainly of my two beautiful children. I love to travel, seeing the world and experiencing the fullness of life. I love God and I just listen and go where He leads. You can read more of my adventures at blessedmeek.com.

Previous post: 8 Tips for Remembering Your Reusable Shopping Bags!
Next post: 7 Ways to Stress Less About Your Christmas Shopping

Inside: Our pick of the best YA dystopian books series for teens. If your … END_OF_DOCUMENT_TOKEN_TO_BE_REPLACED

Looking for a range of fun, high energy family games to play at your New Year's … END_OF_DOCUMENT_TOKEN_TO_BE_REPLACED