Inside: A fun collection of themed under the sea rhymes, finger plays and action songs.

How many nursery rhymes or finger plays do you recall from your own childhood? It’s amazing how quickly the lyrics come back to you when you are reminded of one. Such is the power of the nursery rhyme!

As part of our ongoing collection of rhymes, finger plays and action songs, today I am sharing an under the sea themed list that includes both classics – like Row, Row, Row Your Boat which, in its modern form, is credited to composer Eliphalet Oram Lyte, an American teacher and author of textbooks – alongside newer action songs and rhymes. It’s a fun collection that will make the perfect addition to any ocean or sea themed learning unit in preschool, kindergarten and the early school grades.

And you can download a printable copy of the songs below. 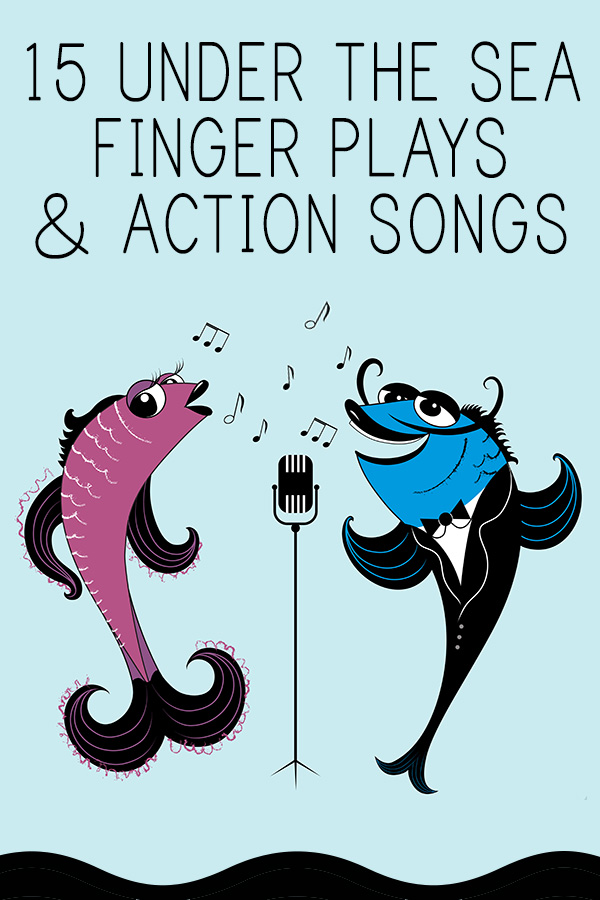 Row Row Row Your Boat
Fun to sing as an action song, invite pairs of children to sit facing each other holding hands. They can ‘row’ back and forth as they sing.

Row row row your boat,
Gently down the stream,
If you see a crocodile,
Don’t forget to scream!

One jumps off! (fold one finger down)

Once I Caught a Fish Alive
1, 2, 3, 4, 5, (raise one finger at a time until all five fingers on one hand are raised)
Once I caught a fish alive,
6, 7, 8, 9, 10, (raise fingers on your second hand one at a time)
Then I let him go again.
Why did you let him go?
Because he bit my finger so.
Which finger did he bite?
This little finger on my right. (wriggle right pinky finger)

Rub-a-Dub-Dub
Rub-a-dub-dub,
Three men in a tub,
And who do you think they be?
The butcher, the baker, the candlestick maker,
And all of them gone to sea.

I’m a Little Fish
(sung to the tune of I’m a Little Teapot)
I’m a little fish o, (hold up one hand with thumb facing upwards to represent a fish)
Watch me swim. (move hand back and forward)
Here is my tail, (wriggle fingers on fish hand)
And here is my fin. (wriggle thumb)
When I want to have fun,
With my friends,
I swish my tail and dive right in. (swish fish hand around)

The sharks in the sea go,
Snap, snap, snap… (hold two hands together, joined at the wrist, to form a mouth, snap open and shut)

The fish in the sea go,
Swish, swish, swish… (swim hands around as fish)

Baby Shark
I’m totally sending you over to the Picklebums blog for this one – she has the Baby Shark lyrics and a fun, printable shark puppet set to sing along with.

Five Cheeky Fish
(sung to the tune of Five Cheeky Monkeys)
Five cheeky fishes, (hold up five fingers, swim hand from side to side)
Swimming in the sea,
Teasing Mr Shark,
‘You can’t catch me-e,
You can’t catch me-e.’
Along comes Mr Shark (form shark with second hand)
As quiet as can be and
SNAP! (clap hands together)

Five Little Seashells
Five little seashells, (hold up five fingers)
Sleeping on the shore,
Swish went a big wave, (swish a wave with second hand)
Then there were four! (tuck one finger down)

Four little seashells, (hold up four fingers)
Quiet as can be,
Swish went a big wave, (swish a wave with second hand)
Then there were three! (tuck one finger down)

Three little seashells, (hold up three fingers)
Pearly, white and new,
Swish went a big wave, (swish a wave with second hand)
Then there were two! (tuck one finger down)

Two little seashells, (hold up two fingers)
Having great fun,
Swish went a big wave, (swish a wave with second hand)
Then there was one! (tuck one finger down)

One little seashell, (hold up one fingers)
Lying in the sun,
Swish went a big wave, (swish a wave with second hand)
Then there were none! (tuck all fingers down)

Download a copy of our under the sea rhymes and songs here:  Under the Sea Songs 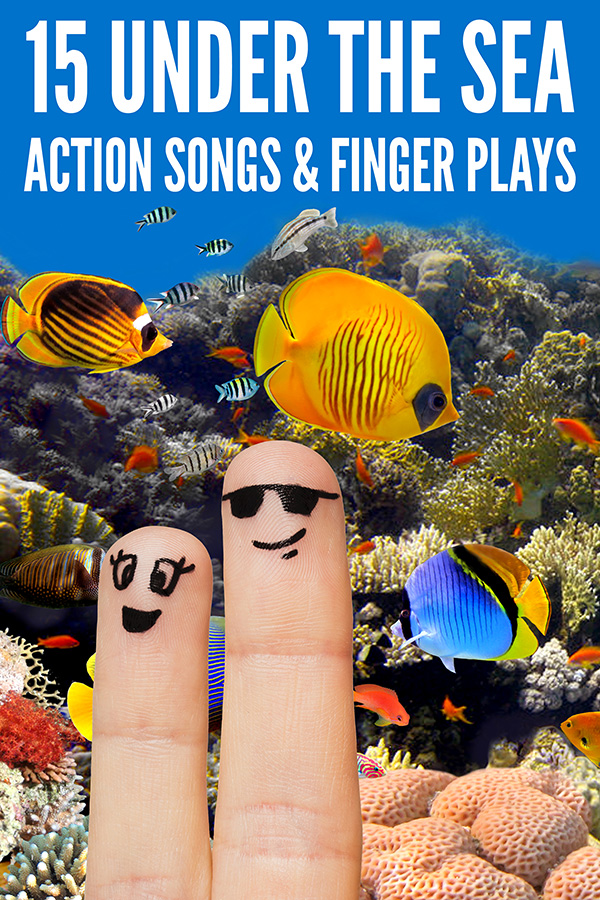 Inside: Our pick of the best YA dystopian books series for teens. If your … END_OF_DOCUMENT_TOKEN_TO_BE_REPLACED

Looking for a range of fun, high energy family games to play at your New Year's … END_OF_DOCUMENT_TOKEN_TO_BE_REPLACED