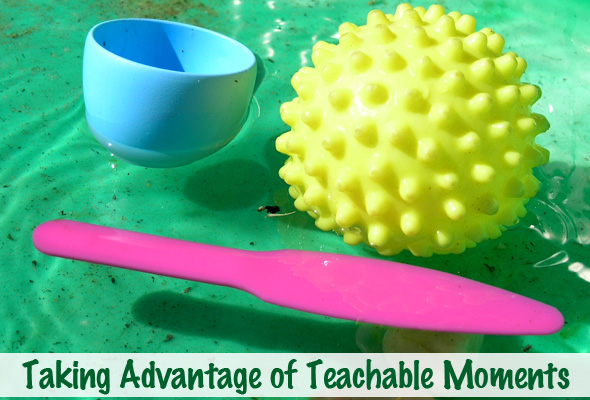 Recently we headed outdoors to do some gardening and while we were outdoors Immy discovered that her plastic paddling pool had partially filled with rainwater. I was working close by (pulling weeds, urgh!) when she called to me, excitedly telling me how the pebbles she was throwing into the water were all sinking. Taking advantage of her curiosity I decided to capitialise on this teachable moment by asking her if she could find anything in the yard that might float instead of sink? And the hunt was on! 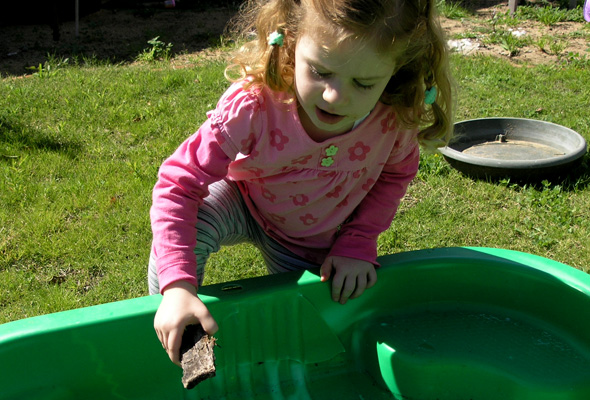 We ended up with all manner of natural (bark, gum nuts, seedpods, flowers, sticks, rocks) and man made (an assortment of plastic toys, a piece of cardboard) objects in the water. The most interesting of which was a plastic ball with holes in it that floated at first but then sunk as it filled with water! Immy had a marvelous time hunting for different objects and testing her theories about which would sink and which would float. Apart from setting the initial challenge, all that was required of me was a little verbal encouragement to help her organise and explain her theories and results (predominantly through questioning), the learning was most definitely child initiated and child led. 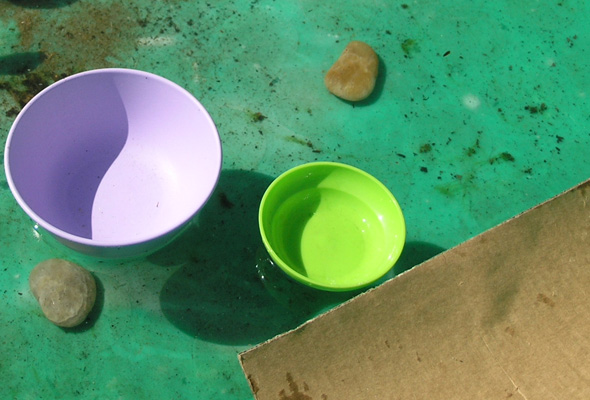 How you respond to a child’s experimentation and exploration can influence the learning potential of their investigations. Here are a few ideas for taking advantage of the teachable moment, supporting children’s learning through everyday experimentation;

What have your children been experimenting with recently?

Inside: 21 best illustrated chapter books for 7-12 year olds. Looking for a … END_OF_DOCUMENT_TOKEN_TO_BE_REPLACED

Inside: These free printable make your own Christmas gift tags for kids make a … END_OF_DOCUMENT_TOKEN_TO_BE_REPLACED