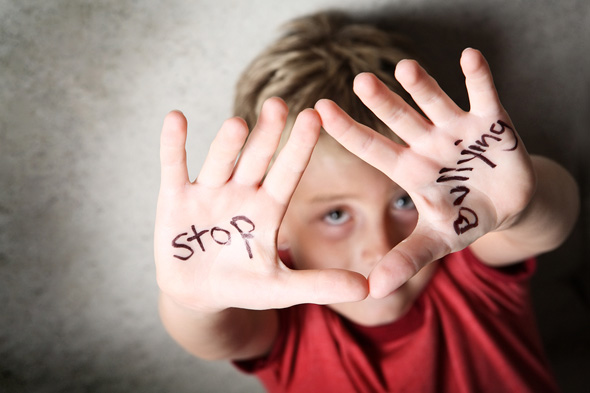 This post is by Amanda Gray of Learn to be Buddies.

Does bullying begin at preschool?

There is some debate about whether it is accurate to call rough behaviour or teasing in preschool, “bullying”. However, young children do behave in ways that hurt each other, physically and emotionally.

Rigby (2002), who is a respected researcher on the topic of bullying, nationally and internationally, states:

“Bullying involves a desire to hurt + hurtful action + a power imbalance + (typically) repetition + an unjust use of power + evident enjoyment by the aggressor and generally a sense of being oppressed on the part of the victim.” (p 51)

The problem with labelling teasing and rough behaviour in preschool children as bullying lies in the nature of child development. Very young children are what we call ‘egocentric.’ This means that when they act, they are usually not thinking about the effect their behaviour is having on others. Often they are simply fulfilling a need or desire of their own.

The reason why young children are egocentric is because they have not yet developed proficiency in what we call “Theory of Mind”. This is a cognitive or thinking skill we use to empathise, predict how others might feel, and adapt our behaviour. It is believed that this ability to empathise doesn’t typically start developing in its full complexity until the age of four (Blijd-Hoogewys et al., 2008).

Bullying: Why does it happen?

So, in the pre-school years, a child hitting another child, or excluding a peer from play, or saying hurtful things, is likely to be motivated by things such as:

The intent to harm others is generally not a significant part of emotional or physical aggression in young children simply because they are not really thinking about the effect they are having on others.

We would love to hear your thoughts. Do you think bullying can begin in preschool? Has your child experienced bully-like behaviour in the years prior to formal schooling?

Read more of our bullying series:

Amanda Grey is a qualified teacher who currently educates undergraduate teachers about inclusive practice in schools and spends the rest of her hours writing and developing the Learn to be Buddies Series. The series grew out of her strong interest in the social and emotional development of children and the recognition of the important role teachers and families play in this development.

Inside: 50 spectacular space books for kids. Our collection of space books … END_OF_DOCUMENT_TOKEN_TO_BE_REPLACED