Dad 101 recently started telling Immy the story of Goldilocks and The Three Bears as part of her bedtime story routine. She is captivated by the story and asks for it over and over again, both at night and during the day. Whilst I love her love of the story just for what it is I also saw in it as an opportunity to re-introduce Immy to a breakfast food that she hasn’t had for quite a long time…porridge.

When we were out shopping, I suggested we buy some porridge oats so that we can pretend to be Goldilocks and the Three Bears. ‘Oh, yes!’ she said and then began planning who would play which role. Needless to say, she would be Goldilocks and I would be … Papa Bear! Go figure?

The next morning we made a nice fresh batch of porridge and as we ate I read her the story from a fairytale treasury (this was the first time she had enjoyed the story from a book, previously it had been shared through verbal story telling). On the mornings that followed we would either read the story as we ate or invite our the Three Bears to join us for breakfast – three different sized teddy bears, each with their own appropriately-sized bowl and spoon.

And now we are well and truly back to enjoying porridge as a breakfast food.

One of my Facebook followers recently asked for some further tips on toddler eating and I think one of my number one tips would be to make it fun!

If you can positively engage your toddler with food, it can often work to encourage them to eat – especially when it comes time to introduce new foods. And it doesn’t need to be as elaborate as inviting the Three Bears over for breakfast! For example, when I feel that Immy isn’t really interested in coming to the table for breakfast, I simply sprinkle a few 100’s and 1000’s (coloured sugar sprinkles) onto her breakfast and excitedly exclaim, “Oh, look Immy, the fairies have been to visit. They’ve left fairy sprinkles on your breakfast.” It’s not something I do everyday, keeping it for those mornings when we need to eat quickly to get out of the door on time. 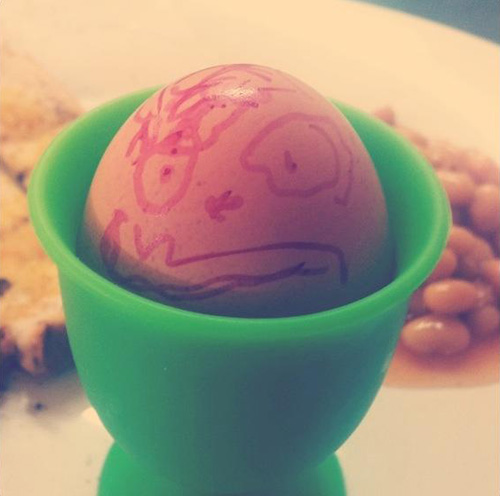 Up your eggy fun factor with a character face drawn with marker pen.

My number two tip – wherever possible, eat alongside your child. When I re-introduced the porridge, I sat down with a bowl too.

Thirdly, I think a mistake we sometimes make with babies (on solids) and toddlers is sticking to foods we know they eat and forgetting to regularly introduce new foods, especially when it comes to breakfast. When Immy is showing less interest in breakfast, I try to mix it up again, remembering that breakfast doesn’t just have to be about cereal or toast. 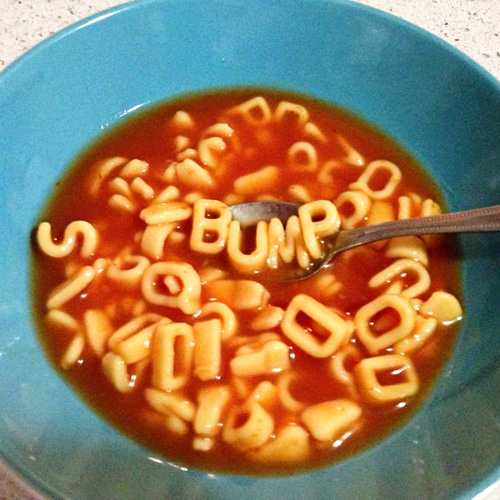 What are your kid’s current favourite breakfast foods?

Inside: Our pick of the best YA dystopian books series for teens. If your … END_OF_DOCUMENT_TOKEN_TO_BE_REPLACED

Looking for a range of fun, high energy family games to play at your New Year's … END_OF_DOCUMENT_TOKEN_TO_BE_REPLACED